HomeNewsroomBuilding a balanced portfolio for the new tax year

Building a balanced portfolio for the new tax year 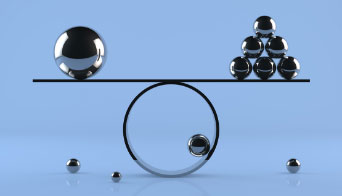 As we enter a new tax year this is a good time to make sure your investments are looking forward and not back, using your tax allowances throughout the year to create a balanced portfolio in a time of great change across the investment markets.

Every investor dreams of finding tomorrow’s big winner: the revolutionary product that solves the climate crisis or the pharma group with the cure for Covid-19. However, investors often look backwards when making their investment selection, assuming that yesterday’s big winners will continue to deliver in the future. At the start of the new tax year, how can you ensure a balanced portfolio that is looking firmly to the future?

It seems particularly important to think about the future rather than the past in the current environment. The pandemic has brought about significant disruption. The way we live is likely to be profoundly different, with new ways of shopping, travelling, working and socialising. There are large and previously successful companies that will not thrive in this new environment. As such, it makes sense to look at things from a different perspective.

For example, indices are set up to favour yesterday’s winners. Weighting companies by size naturally favours companies that have already seen strong growth. If a company has already succeeded it will command a bigger position in the index. As such, indices are good for diversified exposure to markets, but won’t do much to help you uncover the next Amazon.

A balanced investment strategy should be a long-term project. As such, your first question should be how the world might look in five or ten years’ time. What are the enduring themes that are likely to persist? These might be climate change, the circular economy or technology to support the ‘new normal’ as we emerge from the pandemic. This can help direct you to areas of the economy that are attracting capital from investors and policymakers. For example, around €800bn is slated for investment in offshore wind development in Europe between now and 2050. This is likely to be fertile ground for investors.

Technology is disrupting more industries. It has already fundamentally reshaped sectors such as retail but is also creating significant change in the auto and financial services industries. The sectors most vulnerable to disruption are often those that believe they are untouchable. Looking at where innovative technology meets corporate intransigence can uncover opportunities.

It is also worth looking at long-term structural changes in the global economy. Does your portfolio reflect the growth of China, for example? Or the increasing influence of Asia in general? China is the only major economy to have recorded positive economic growth in 2020, expanding an estimated 2.3%, compared to a contraction of 3.4% in the US or 7.2% in the Euro area. This will see it become the world’s largest economy in 2028, five years earlier than previously forecast. India is likely to become the world’s largest economy by 2030. Balanced investment portfolios should reflect this long-term shift in economic power.

The problem with many ‘future-proof’ investments is that they have already been widely discovered. It is right that fast-growing companies are worth more than slow-growing companies, but investors are also right to question whether Tesla should really be worth more than the entire German auto market. After all, many German auto makers are also making significant strides into electric vehicles.

Investors always need to decide whether their big idea has already been discovered and, as such, the growth is already fully reflected in the price. The problem with the technology bubble in the late 1990s was not that many companies didn’t go on to be brilliant companies – they did – but that investors paid too much for them.

There are usually different ways into the same idea. Amazon appears to be the obvious choice for ecommerce, but its price/earnings ratio of 79x makes it an expensive route in. Alternative options might be the online payment groups that facilitate online trading, or the technology platforms used by merchants. Another option is a specialist fund, where a fund manager makes the decisions for you.

Investing in new ideas can have its difficult moments. Companies tend to be younger and sentiment more volatile. As such, monthly investing, spreading your tax allowances throughout the new tax year, can be a better approach than a single lump sum. This helps ensure that you buy tax efficient investments at a range of different prices, smoothing out market highs and lows. This is a more balanced and flexible investment strategy than putting lots of capital into one big idea at the start of the new tax year.

Look to the future as we move from the tax year end into the new tax year. The world has been through a period of profound disruption and winners and losers will polarise over the next few years. Make sure your portfolio is both balanced and on the right side.

The Fineco stocks and shares ISA lets you access a broad range of tax efficient investments across funds, shares, ETFs and bonds. You can make the most of your tax allowances throughout the new tax year, building up a balanced portfolio based on clear, competitive pricing with access to all the resources you need to make forward-looking investment decisions.