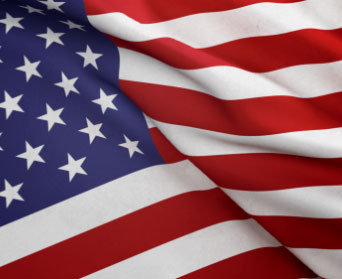 Joe Biden’s first 100 days as president were dominated by recovery from the pandemic. As his priority policies start to take centre stage, we look at which sectors may win or lose and where the opportunities might lie for traders and investors.

During Joe Biden’s first 100 days as president, financial markets remained absorbed with the virus, vaccine and economic recovery. To date, they have had little time to digest the longer-term impact of the new US policy agenda. However, as the recovery beds in, investors may turn their attention to the new administration’s spending plans.

Markets have performed well since the inauguration

Markets have greeted President Joe Biden warmly. In his first 100 days, the Dow Jones rose 9.9%, only beaten by Franklin Roosevelt and William Taft’s early tenure. Under Donald Trump, the Dow Jones rose just 6.1%. Extending that to election day, Biden has seen the strongest gains of any president ever.

Of course, Biden has had some tailwinds. The vaccine rollout and turbo-charged economic recovery have helped push markets higher. Biden has added billions onto the existing stimulus packages. At the same time, the dominant technology sector has been one of the most significant winners from Covid. For the time being, it has been many of the recovery sectors that have seen the strongest gains under Biden – financial and energy stocks, travel and leisure. However, this may shift as the new US policy agenda comes into effect.

The stimulus packages come at a cost. President Biden has made it clear that some of that cost will fall on corporate America. He plans to reverse around 50% of Donald Trump’s 2017 corporation tax cuts. This will cut corporate earnings, but its effect will not be felt equally. While the tax rises are likely to exert a drag on markets overall, companies with intangible assets and overseas operations are likely to be hit hardest. The technology sector, for example, may be particularly affected.

Infrastructure spending will have a largely positive impact

Biden has promised $2.25trn to modernise US infrastructure and reverse decades of underinvestment. The plan includes $621bn for transportation infrastructure, including bridges, roads and public transit. A significant chunk of infrastructure spending is slated for electric vehicle development and green infrastructure initiatives.

This is likely to have a number of effects. It is good news for the building and materials sector. Construction companies have already risen on the back of Biden’s spending plans. Materials companies are benefiting from friendlier relationships with global trading powers. Utilities may also be a surprising beneficiary from the changes.

The green revolution will benefit US commodity producers but could see big energy companies coming under increasing scrutiny. They may be put under more pressure to decarbonise. Even if they do this successfully, the transition is likely to be expensive. This is likely to be a headwind in the coming years. Renewables, in contrast, should see considerable government support.

Healthcare is learning lessons from the pandemic

President Biden has promised to expand the coverage on healthcare. Obamacare brought about 20 million people into the system and millions more may enter under the new administration. It is unlikely that this will be achieved without additional resources.

AThe pandemic had already changed the landscape for US healthcare. The success of Moderna’s mRNA strategy showed the power of harnessing big data and technology to achieve drug breakthroughs. The rest of the pharmaceutical industry has been forced to shift its outlook and rethink its existing practices.

There are also the potentially negative aspects to consider.

President Biden may adopt a tougher stance on the big banks

While regulation of the financial sector is unlikely to be a policy priority, Biden has previously indicated a desire for tougher regulation of the largest banks, increased climate change and risk disclosure and further changes to capital requirements. This is a notable contrast with the Trump administration and may depress share prices in the resurgent banking sector over the longer term.

US treasuries have already been hit hard over fears of rising inflation as recovery has taken hold in America. The most recent inflation print at the time of writing came in significantly ahead of expectations, at 4.2%. The US 10-year treasury yield has moved from just over 1% in January to around 1.6% today. Yields could rise further if it looks like the Federal Reserve will have to step in to tackle inflation.

Large-scale borrowing could weaken the Dollar

Biden’s vast government borrowing plans are also likely to put a brake on the Dollar. Previous periods when the fiscal and current account deficits have been high have weighed on the currency. It had been rising as a "safe haven" trade during the pandemic, but that has ebbed in recent months. While it is always difficult to predict the trajectory of the Dollar, on balance, it seems likely that the currency will be structurally weaker under Biden.

It’s worth noting that President Biden’s slim majority in the Senate may see some of his US policy agenda watered down. Corporate tax hikes are likely to be lower than initially billed, with healthcare reforms also vulnerable to change. However, the direction of travel for the new administration is clear.

The Fineco platform offers a range of tools and resources to explore the markets, including webinars with industry experts.