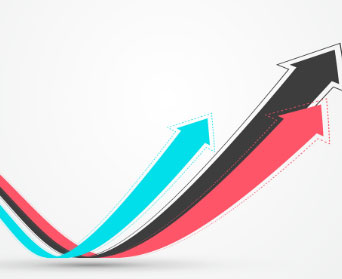 The continuing vaccine programme and prospect of economic recovery are contributing to lower levels of market volatility, as seen in the VIX index. While markets remain sensitive to shifts in the vaccine rollout, there are trading opportunities.

The first quarter of 2021 has been defined by the vaccine rollout and the prospect of economic recovery. While restrictions remain across many countries, markets are starting to look forward to significantly better data in the second half of the year. This has prompted a revival in economically-sensitive and hard-hit parts of the market such as energy, banks and materials.

Together this has meant lower market volatility. In February, overall market volatility dropped to its lowest point since before the crisis. The VIX index fell below the symbolic 20 level and had dropped even lower by the start of April. It was a strong sign that fear was receding as economic recovery started to take hold.

By the end of the quarter, more than half a billion doses had been administered worldwide. Nevertheless, this was concentrated in certain countries – 150m in the US, 120m in China, 65m in India, 36m in the UK and 19m in Brazil. Elsewhere, the rollout was slower, with some unedifying spats between nations as countries fought to ensure their citizens got the jab.

Towards the end of the period, concerns about side-effects emerged, notably over rare blood clotting disorders. This prompted some regulators to restrict the jabs to specific age groups or halt their use altogether. Others pointed out the risks associated with pausing the rollout were far higher than isolated side-effects and continued their programmes.

Markets remained sensitive to shifts in the vaccine rollout, given its importance to economic recovery. In particular, confidence over vaccine efficacy determined which shares were in the ascendency – economically-sensitive areas or growth areas.

The global impact of US stimulus packages

Financial markets were also buoyed by the vast stimulus packages emerging from the US. In addition to the $900bn stimulus that came into effect at the end of 2020, the Biden administration passed a $1.9trn package in March. This is equivalent to nearly 14% of US GDP and puts money directly into the pockets of the US consumer.

There was also the American Jobs Plan, a $2.25trn initiative aimed at improving US infrastructure, particularly the nation’s green infrastructure. There is more spending planned, notably for additional social programmes.

The Biden administration’s largesse has implications for the rest of the world. The Office for Economic Co-operation and Development (OECD) said that it could add as much as 1% to global economic growth in 2021. The OECD raised its forecasts for the global economic recovery, with global GDP now projected to be 5.6%, also citing the rapid rollout of vaccination programmes.

The US is not alone in supporting its economy, though the figures dwarf even near-rivals Japan, which launched a further $707bn stimulus in December, following two previous packages that amounted to $2.2trn. Most developed countries have put significant stimulus packages in place, which are now starting to be felt in economic growth.

These vast stimulus packages, plus the first signs of economic revival, have led markets increasingly to price in inflation fears. This is particularly true in the US, where the 10-year treasury yield rose from 0.92% at the start of the year to 1.75% at the end of March. Shorter-dated yields rose only modestly, kept low by continued low rates and quantitative easing programmes. A similar pattern was seen to a lesser extent across the UK and Europe. The German 10-year bond yield moved from -0.6% to 0.29% over the same period, for example.

This had a profound effect on markets. The ‘long duration’ trade - that has seen assets with long-term cash flows highly prized by investors – faded. Areas such as technology, which had been the most high profile beneficiary of this trade, sold off significantly. Instead, more economically-sensitive sectors came to the fore with strong performances for areas such as materials, energy and financials. Banks in particular performed well after better-than-expected results.

There was also a notable resurgence for commodities as investors scrambled to protect their portfolios against inflation. In particular, industrial metals performed well, as investors started to anticipate higher demand from infrastructure spending and the move to renewable energy. This benefited aluminium and copper.

The early signs on corporate earnings have been encouraging, not least because many companies have relatively easy comparison figures. Financial analysist Factset predicts S&P 500 earnings growth of 23.8% for the first quarter of 2021. If companies achieve this level, it would be the highest year-over-year earnings growth rate reported by the index since Q3 2018. So far, around double the amount of companies have beat earnings expectations than have disappointed.

There has been plenty to be more optimistic about in the first quarter of 2021. However, the recovery is fragile and vaccine dependent. Signs of a further wave in Europe show how quickly the virus could take hold once again, bringing a return of economically-damaging lockdown measures and increased market volatility. For the time being, however, the reflation trade appears to be in the ascendancy.

The Fineco trading platform gives you access to a broad range of tools and resources to help you keep track of market volatility and act on trading opportunities.