HomeNewsroomInvest in precious metals: beyond gold

Invest in precious metals: beyond gold 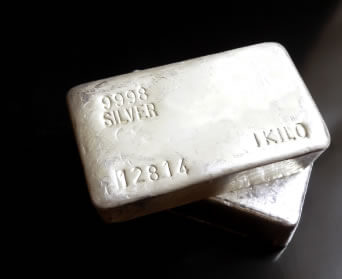 If you want to invest in precious metals all that glitters need not be gold. There are reasons to invest in silver, platinum or palladium as each have industrial purposes. Where are the opportunities and risks for investing in metals in 2021?

Gold may get the glory, but there are good reasons to invest in precious metals you may not have thought of, such as silver, platinum and palladium. While gold tends to be a safe haven when investors are feeling nervous or gloomy, these other metals have industrial uses and so may be better options in times of economic recovery.

A broad range of qualities lead people to invest in silver

Silver has some similar qualities to gold. Its supply is limited, so investors will treat it as a store of value, a bulwark against currency depreciation. There is also some demand from jewellery production, which tends to ebb and flow with economic growth. For some years, the two metals moved in lockstep, usually rising when investors were nervous and falling when they were confident.

However, in recent years, silver has come out from under gold’s shadow thanks to its role as an industrial metal. Today, around half the demand for silver comes from industrial uses, notably photovoltaics, which are used in solar panels. This partly explains silver’s relative resilience in recent months at a time when the gold price has been sliding. Demand for solar panels continues to increase and support the price of silver.

Silver has uses in medical, auto and electronic technology. It’s also used in batteries, for example, superconductor applications, and microcircuit markets. Once a valuable component in the photographic industry, demand has faded as digital cameras have become widespread. Supply for silver tends to be relatively steady. With silver mining largely concentrated in countries with stable politics, such as Mexico and Chile, it isn’t usually vulnerable to geopolitical problems disrupting supply, as can happen for other commodities. For those looking to invest in silver, there is plenty to think about.

Rarer than gold, platinum tends to fetch a higher price. That price to invest in platinum tends to be determined by its industrial uses, particularly catalytic converters which account for around 40% of the demand for the metal. This was a problem in 2020, when car production slumped in the wake of the pandemic.

In the longer term, platinum demand is potentially vulnerable to the declining use of combustion engine cars, particularly diesel cars. Another factor is the substitution for palladium, which can be more reliable and less expensive.

However, for the time being platinum remains central to reducing emissions and helping governments hit ambitious climate targets. Equally, fuel cell electric vehicles use more than twice the amount of platinum as internal combustion engine vehicles, which may start to make up for lost demand elsewhere. Toyota, Hyundai and Honda have commercially available vehicles using this technology.

Platinum mines are largely confined to two countries, South Africa and Russia. As a result, the platinum price tends to be the most volatile of all the precious metals. Nevertheless, it has had a strong year, moving from USD$27,000 to nearly USD$39,000 per kilo between June 2020 and May 2021.

Palladium is less well-known but has several important uses

While palladium has some jewellery uses it’s better known for its industrial functions including medicine (particularly dentistry), catalytic converters, plus chemical applications and groundwater treatment. It is important in the manufacturing of electric vehicles, solar energy and fuel cells. As such, it is a key component in decarbonising the global economy. Its price has jumped from USD$2,300 at the start of March to around USD$3,000 in early May, largely on the back of the huge green stimulus packages put in place by governments around the globe.

As with all precious metals, palladium is scarce. However, mines tend to be in politically stable countries such as the United States and Canada.

How to invest in metals

There is a range of options for those investing in metals in 2021. ETFs - Exchange-traded funds exist for all three precious metals. These will either be ‘physically-backed’, which means the provider of the ETF buys the metal and stores it in a vault or they will be based on futures pricing. ETFs may be on individual metals or for a basket of precious metals. Alternatively, there are ETFs based on precious metal mining companies.

Investors can also invest in precious metals using futures and options or contracts for difference (CFDs). CFDs allow traders to take positions on movements in the price of precious metals without owning the asset itself. This can be a way to use leveraged trading.

It is also possible to invest in metals by investing in the mining companies themselves. Share prices will relate to the commodity pricing, but there will be other considerations, such as input pricing, inflation, management skill and the economic conditions in the country in which the company operates.

Precious metals have an important role to play in the green revolution. As such, they are likely to attract more attention as governments around the world seek to decarbonise their economies. With this in mind, they are likely to offer opportunities for traders to invest in platinum, palladium and silver.

The Fineco platform gives you access the Powerdesk, Europe’s most used trading platform. You can trade CFDs on a range of instruments, with zero commission on share CFDs.