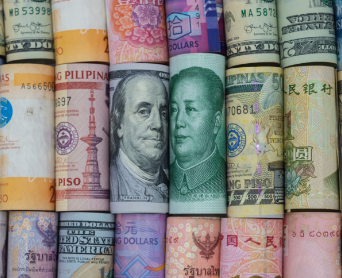 At times of crisis, thoughts may turn to ‘safe havens’ for your money. The US Dollar, the Japanese Yen and the Swiss Franc have each developed a reputation for typically holding their value during uncertainty times.

"Safe havens" have been thin on the ground in financial markets in recent years. Low interest rates and loose monetary policy have made defensive assets – from government bonds to growth equities – look very expensive. Does the same apply to the typically ‘safe haven’ currencies – the Dollar, the Yen and the Swiss Franc?

All three are widely traded, but while the Swiss can boast long-term economic and political stability, the same can hardly be said for deflation-prone Japan and the indebted US. Nevertheless, these three currencies have typically held their value during times of uncertainty and market instability, though each for different reasons.

The Dollar has historically proved a more reliable safe haven than gold. Even when the US is the source of financial market uncertainty, the Dollar is resilient. The theory seems to be that even when the US is struggling, other countries are likely to struggle more.

Partly, this is a result of the Dollar’s dominance in the global payments system. It is the world’s ‘reserve currency’, with over 60% of foreign bank reserves denominated in US Dollars. It is seen as a safe store of international capital given the size the US economy and its financial markets. In spite of its vast debt pile, the world trusts the US to pay its bills.

The Dollar’s relationship with oil markets also explains its long-term status. The term ‘petrodollars’ describes those dollars paid to oil-producing countries for oil. This creates demand for the Dollar and for US assets in general. It is unclear whether this would endure should energy markets shift to more sustainable sources and this may present a challenge to Dollar dominance in future.

There have been consistent threats to the Dollar’s status. Chinese President Xi Jinping has made digital currency a key innovation goal for his country, with a new ‘digital yuan’ apparently ready for trial. As yet, none of these threats have come to fruition, but they continue to eat away at the Dollar’s dominance.

In many ways, the Yen has no right to be a strong currency. Japan has become a byword for economic weakness. It has vast debt, alarming demographics and has been prone to deflation. Yet the yen continues to show strength when other areas are weak, much to the frustration of the Japanese government, which is keen to boost the country’s export market.

The reasons for this strength are complex. They are related to Japan’s status as a large exporter nation, which has given it a currency account surplus with the rest of the world. It has been the world’s largest creditor nation for 25 years. This means that Japanese investors hold more foreign assets than foreign investors own Japanese assets. At times of market stress, Japanese investors sell those assets and the capital is repatriated to Japan, pushing up the currency.

The recent outbreak of the Coronavirus saw the Yen strengthen, as investors fretted about the effect on global growth. The Japanese government has committed to long-term loose monetary policy. As such, it is difficult to see any shift in the long-term safe haven status of the Yen.

Unlike the Yen and the Dollar, the Swiss Franc has earned its safe haven status purely on merit. The stability of the Swiss economy, high confidence in its central bank and its strong financial system have shored up the Swiss Franc’s reputation as a store of value. Like Japan, Switzerland is a creditor nation and its currency is also used for carry trades.

The Swiss National bank has, however, been prone to some dramatic interventions in markets. In 2011, it introduced a peg to the Euro, to stop investors buying up lots of Swiss Francs as an alternative to the under-pressure Euro. It then abandoned the peg in 2015, shocking markets and prompting an immediate and rapid rise in the Swiss currency.

To some extent, a currency’s reputation as a safe haven can be self-fulfilling, so these currencies tend to respond automatically to outbreaks of uncertainty. Nevertheless, it is worth observing long-term trends because ‘safe haven’ status relies on everyone else believing it too.