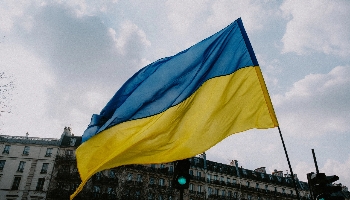 Russia’s invasion of Ukraine is proving a challenge for people involved in responsible investment portfolio management - from the cost of exiting Russian financial markets to its complex impact on the transition to renewable energy. Is it time for a rethink of some long-held views?

Russia’s invasion of Ukraine is proving disruptive for those involved in portfolio management for the responsible investment sector. On the one hand, it has shown the danger of relying on fossil fuels, particularly those sourced from unstable countries. On the other, it has shown that the world is still substantially reliant on traditional energy sources. It has even seen some governments renew their commitment to fossil fuels in the face of real pain for their citizens.

There have been other responsible investing portfolio management considerations. It has highlighted the risks of doing business in volatile countries. Companies have had to divest of their holdings in Russian financial markets, often at a significant loss. BP, for example, took the decision to offload its 19.75% stake in Russian state-owned oil firm Rosneft after political pressure. Elsewhere, companies that have remained have seen significant reputational damage. Fund managers have been forced to write down the value of their Russian financial markets holdings to zero.

At the same time, it has pushed some responsible investors to reappraise their views on certain sectors. Does the defence industry look as toxic now that it is enabling the Ukrainian people to fight for self-determination? There has been a wider rethink on the nuclear industry too, which now appears to offer transitional solutions to the energy crisis.

Will the Ukraine crisis accelerate the energy transition?

Governments have belatedly recognised the need for energy independence and are trying to reduce their reliance on fossil fuels sourced from unpredictable nations. This has taken different forms in different countries, but in most cases it involves a short-term boost to fossil fuel provision from elsewhere and longer-term investment in renewables.

For example, in the UK, Liz Truss’s new government has sought to tackle the ‘root cause’ of the energy crisis by granting new oil and gas licences and lifting the moratorium on fracking for shale gas. Truss has also said there will be investment in new sources of energy supply, including nuclear,

The EU is investing €210bn over the next five years to reduce dependency on Russian fossil fuels and switch to renewables. This is likely to involve a significant increase in solar and wind power investment. The European Commission is now targeting 45% of the energy mix from renewables by 2030. However, its plans also include a short-term boost for coal, long seen as the most damaging fossil fuel.

The US has taken a smaller hit from the Russia crisis, given its domestic energy production. However, the Inflation Reduction Act has seen the US belatedly catch up with other countries on its climate change pledges. The Act puts incentives in place to encourage the domestic production of clean technologies, plus investment in areas such as water infrastructure.

Several factors are combining in support of renewables

The volatility seen in fossil fuel pricing over the past six months has added to the argument for moving to renewables. Over the last 12 months the oil price has been as low as $62 and as high as $120. At the same time, the cost of producing renewables has dropped significantly – the International Renewable Energy Agency suggests the cost of wind power has halved over a decade and continues to become more competitive as the technology matures.  This has brought greater stability to pricing.

Inevitably, there are complexities in the wider adoption of renewables. The energy infrastructure across Europe has been created for fossil fuels to be transported from country to country. Renewables require a more localised system and greater digitisation.  The UK Government’s Energy Digitalisation Strategy report said: “It’s getting the millions of low carbon technologies across Britain talking to each other. Solar panels, wind turbines and battery storage, to heat pumps, electric vehicles and smart appliances.”  Storage facilities are required to help the system cope with the intermittency of renewable energy supply. However, governments may now be better motivated to tackle these roadblocks.

The Ukraine crisis has handed the energy giants a significant cash windfall, which they have not yet lost to a windfall tax. It may allow these companies to invest more in renewables, becoming diversified energy providers rather than fossil fuel groups. They have already made progress. BP owns Chargemaster, for example, which operates the UK’s largest public network of EV charging points, with over 6,500 across the country. It also designs, builds, sells and maintains EV charging units. Shell has set out its ambition to be a major player in hydrogen technology, developing integrated hydrogen hubs to serve industry and heavy-duty transport.

Equally, investors need to ensure that the Ukraine crisis doesn’t colour their judgement about specific sectors. Governments are likely to direct more capital towards defence spending, but companies in the sector still have longer term challenges, such as governance interference and corruption, even if views on their products have temporarily shifted.

The Russia-Ukraine conflict has demonstrated the vulnerability of countries to the whims of foreign dictators and this is likely to galvanise politicians to take action. It seems certain that the crisis will accelerate the energy transition in the long-term, even if governments have sought short-term fixes through fossil fuels. However, it has also shown that the existing energy giants still have an important role. For responsible investors, that may just have made their decision-making more complex.