HomeNewsroomBeyond oil and gas: The outlook for commodities

Beyond oil and gas: The outlook for commodities 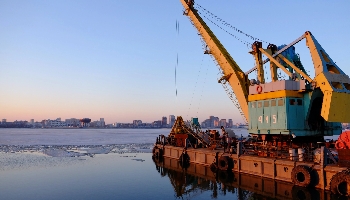 The commodities markets have plenty to interest investors, from short-term price action to longer-term trends. Here we look beyond the headline-grabbing oil and gas markets to the outlook for agricultural commodities and industrial metals.

Rising energy prices have dominated the headlines with crude oil and natural gas prices soaring. However, there has been plenty of price action elsewhere in commodities markets. Lithium prices, for example, were up an astonishing 250% year on year by September 2022. Equally, agricultural commodities were up anywhere from 38% (corn), to 27% (orange juice) to 79% (butter). Beyond oil and gas, what is happening in commodities markets?

The war in Ukraine remains the dominant factor for agricultural commodities

While the war has disrupted agricultural production, it hasn’t halted it altogether. A far greater problem has been getting agricultural commodities out of Ukraine - more than half of the country’s crop production is exported, and prior to the conflict 90% of Ukraine crop exports were channelled through ports at the Azov and Black Seas, which became inaccessible. There are alternatives, but they have less capacity. The OECD estimates that current exports only represent about 20% of normal export quantities.

While price rises for agricultural commodities haven’t been as extreme as those in energy markets, they have been significant. Wheat prices were up 22% year on year at September 2022. Corn was up 38%, while rice, coffee and soybeans had also seen double-digit price rises. In contrast, it is worth noting that oats, cocoa, palm oil and sugar had seen prices reverse over the year.

The energy transition has been a major factor for industrial metals

Lithium is an important component in electric cars, for example, while industrial metals such as steel are needed to build renewable infrastructure, such as wind turbines.  JPMorgan Asset Management wrote in a recent paper: “Replacing a coal-fired power plant with offshore wind power generation requires six times the amount of mineral commodities (copper, zinc, nickel, chromium and rare earths); for a gas plant it’s 13 times more.

Many of these commodities have supply constraints. Having learnt their lessons from the last commodity cycle, mining companies have kept capital expenditure to a minimum. This means relatively little new supply has emerged in recent years. Equally, mines are maturing for some commodities making them less productive. This has contributed to supply problems and ensured that prices, such as lithium prices, have remained high.

What’s the outlook for commodities prices?

Markets have moved a long way and high demand is now factored into commodities prices. A slower global economy is also weighing on prices for some commodities, as investors start to anticipate weaker demand. The weakness has been particularly notable in the metals market. Between June and September 2022, the copper price moved from $4.55 per ounce to $3.55 per ounce. Steel prices also dropped significantly.

Agricultural commodity prices have moved lower too. The UN reported recently that world food prices had fallen for a fifth consecutive month. The prices of five key commodities - cereals, vegetable oil, dairy, meat and sugar – were lower in August 2022 than in July. It attributed this relative strength to the landmark agreement with Russia in July to unblock Ukraine grain exports.

Strong wheat harvests in Russia and the US have helped sustain global supply. There are still concerns on the future supply of agricultural commodities, but they have become less acute and may ease further if there is any let up of tensions in Ukraine.

What are the options for commodity trading and investing?

After a strong year for commodities markets, there has been a distinct cooling off in commodities prices since June. For those who believe the Ukraine crisis will continue to constrain supply, this may represent a buying opportunity in agricultural commodities. Equally, if investors believe that countries will continue to direct capital towards renewable energy infrastructure in spite of straightened government finances, then this may be a moment to reassess industrial metals.

It may be tempting to hand the decision over to an active manager that can allocate between different commodities and there are specialist funds in this area. There are also plenty of ETF choices, which include generalised commodities options, plus specialist agricultural commodities or industrial metals ETFs. There are also ‘clean energy’ ETFs, which investors can use to get access to the energy transition. Traders should also find plenty of price action in individual commodities markets as the world adjusts to a new energy and geopolitical landscape.

The action in commodities has not been confined to energy markets. There is also considerable action in agricultural commodities, industrial and other metals, even if price movements haven’t been as extreme. There are sound structural reasons why their strength could revive from here, with the war in Ukraine and the energy transition playing a role. However, weaker economic growth could exert a drag on some commodities and strained government finances may constrain investment. Investors will need to balance these factors in their decision-making.