Inside the UK energy crisis 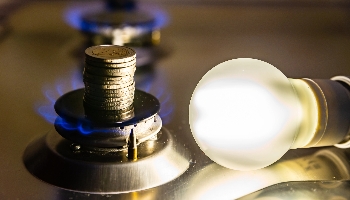 Rising energy costs are dominating politics and impacting the economy and markets in the UK and Eurozone. In this analysis for investors, we look at what’s driving the energy price increase, the structural issues exacerbating it in the UK, and how policymakers are responding.

Politicians trying to excuse rising bills will point to global factors. Undoubtedly, the war in Ukraine has been a key trigger in rising energy costs. Russia is a major supplier of fossil fuels, particularly to Europe. There has been an 80% drop in Russian gas deliveries since June 2021 as the country retaliates to sanctions imposed on it. Most recently Russia has switched off the main pipeline to Europe, Nord Stream 1, saying supplies will not resume until sanctions are lifted.

With supply constrained, prices have soared. Europe has sought to tap alternative sources of gas, notably Liquified Natural Gas, but it has proved a logistical challenge to bring the requisite infrastructure on stream. The weakness in supply has collided with a spike in energy demand as countries have lifted pandemic lockdowns.

These global factors are catalysts for high prices and soaring energy bills. However, there are also local factors that have made the problem in the UK particularly acute. UK energy prices are now higher than in comparable economies such as France and Italy. UK natural gas prices are up almost 100% for the year to July, with electricity prices up over 50%. Consumer price inflation for gas and electricity is expected to rise 80% this year. Deutsche Bank research shows the average across the 19 countries that use the Euro is 40%.

Why has the problem been so acute in the UK?

The structure of the UK market has been a significant problem. The UK energy market has been highly fragmented, with lots of small players. These smaller companies often bought gas and electricity on the wholesale market, and then offered competitive fixed deals to their customers. When wholesale prices rose, these businesses went bust, pushing customers towards larger suppliers. While there is a limit to the maximum price households can pay (the energy price cap), the level is adjusted regularly. In Europe, firms are subject to tighter regulation, meaning the hit to the end user has not been as hard.

Another problem for UK consumers is the energy mix, which leaves it particularly exposed to high gas prices. Around 85% of households use gas boilers to heat their homes, compared to 50% in France and Germany. Equally, around 40% of the UK’s electricity is generated in gas-fired power stations. This has left UK consumers vulnerable to high gas prices. In Europe, there is greater reliance on Russian gas, but less reliance on gas generally.

What’s the solution to the energy price increase?

The UK government and governments across Europe are acutely aware of the economic implications of high gas prices and have taken action. Countries are increasingly seeking energy independence. Across the world and in Europe in particular, there is a growing realisation that dependence on other countries for energy is a key risk to economic stability. In the longer-term, the Ukraine crisis may accelerate the transition to net zero.

European member states have agreed to reduce their gas demand by 15% compared to their average consumption in the past five years, between 1 August 2022 and 31 March 2023. In the UK, Prime Minister Liz Truss has announced an energy price guarantee, estimated to cost around £150bn. It protects households from rising prices for two years and businesses for six months. It is worth noting that the Office for National Statistics has ruled that government support to lower energy bills will be treated as higher household income, so it won’t act to lower inflation statistics. However, it will ease the pressure on households and shore up the consumer economy.

There are also longer-term measures. In the UK, the government is allowing fracking and supporting greater investment in green energy. Europe’s green deal promises to expand the continent’s renewable energy infrastructure. However, this will not help in the short-term. Barring some easing of the Ukrainian war, upward price pressure is likely to persist, though price rises are likely to become more moderate and the impact on inflation will ebb.

An upside for energy providers

If this is unwelcome news for the UK economy, it appears to give ongoing support for energy providers, both the large fossil fuel providers and alternative energy providers. The UK government has sought to avoid significant windfall taxes, which allows these groups to keep a greater share of their profits. This may change should government finances require it, but energy providers appear to be safe in the short-term.

The energy crisis has brutally exposed the fault lines in energy policy across the world and the UK is no exception. Policymakers have been left scrambling for solutions. Fixes are emerging to limit the impact on households and the wider economy, but they are either limited in scope or slow to emerge. It seems certain the energy crisis will be with us for some time to come.