Investing in a recession 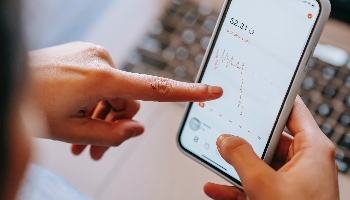 When an economy falls into recession it can be an unnerving time for investors. But what exactly is a recession, what causes them and what’s involved in investing during a recessionary period? Are there recession proof stocks?

Recession now appears to be a racing certainty for many major markets, including the UK, Europe and US, as high inflation dents consumer and corporate spending. Recessions are not uncommon but can be painful for stock markets. So what’s involved in investing in a recession?

As he announced the largest interest rate rise in 27 years in August 2022, Bank of England governor Andrew Bailey gave a stark warning that the UK faced recession by the end of the year, which would persist into 2023. The economy could contract by more than 2% peak to trough and by far more should inflation continue to put pressure on household incomes.

The UK is not alone. The US entered a technical recession in the first half of the year having posted two quarters of negative growth. The Eurozone also appears to be on the cusp of recession as its energy crisis bites, with an EU official recently warning that the coming winter was likely to be the worst in the bloc’s history.

What is a recession?

The official definition varies from country to country. The UK and Eurozone are deemed to have entered a recession if gross domestic product (GDP) falls in two successive quarters.

In the US, however, the definition is more sophisticated, determined by a panel of economists from the National Bureau of Economic Research (NBER). The NEBR will look more holistically at factors such as jobs growth and consumer confidence to make its determination.

This has ensured the US, while experiencing two quarters of negative growth in 2022, has so far sidestepped an official recession.

Not all recessions are equal

Recessions will vary considerably in their scale. A shallow recession may cause relatively little pain, but a deep recession (or a depression) can be very difficult for individual households and the corporate sector.

In theory, recessions can be caused by anything that prompts industrial activity or consumer spending to contract, from natural disasters (earthquakes or pandemics), to inflation, to rising interest rates or excessive debt. In reality, recessions will often be caused by a combination of factors.

Confidence is an important factor in recessions. For an economy to thrive, companies and consumers need to spend money. If they are uncertain about the economic outlook for any reason, they are less likely to do so. As such, poor confidence can feed into economic weakness.

Economic bubbles can also cause recessions. In a bubble, capital is diverted towards a specific sector with price momentum – perhaps technology or housing. If that asset crashes, it can impact wealth and confidence.

Oversupply may also play a role. If companies increase production in anticipation of rising demand that doesn’t then materialise, companies don’t need to produce as much, may lay people off and invest less. This too can weaken the economy and spark a recession.

Rising interest rates are often the trigger for a recession. Central banks only tend to raise rates to address imbalances in an economy – high inflation, or excessive speculation. They are a blunt tool and central banks have historically struggled to balance raising rates with maintaining economic strength.

How do recessions end?

Simply put, recessions end when growth resumes, but the reality is more complex. They often end when the structural imbalances that cause them in the first place are resolved. High interest rates have curbed inflation, excess supply has worked its way out of the system, or a country has recovered from a natural disaster. In general, the longer a recession continues, the more difficult it becomes to reinvigorate growth. This has been seen in countries such as Japan, which have seen decades of stagflation (an unpleasant mix of high inflation, high unemployment and slow growth).

Investing in a recession

It is worth noting that the stock market will often start to recover significantly before the economy recovers. This was seen during the pandemic, when the stock market recovered long before there was any prospect of a recovery in the economy. As such, the best advice is usually to grit your teeth and stay invested through any recession, perhaps adding ‘safe haven’ assets, such as US government bonds or money market funds as a ballast to your portfolio.

Brave investors might follow Nathan Rothschild’s view that the best time to invest is when there is metaphorical ‘blood on the streets’. Recessions can be a good moment to pick up a stock market bargain. If expectations are low, this will be reflected in pricing. When it comes to recession proof stocks, there are also sectors where demand is not influenced by any squeeze in household or corporate incomes – healthcare, for example, or infrastructure. These will tend to be more resilient through a crisis.

Recessions are unnerving, but they are not necessarily a fallow time for investors. Markets still move around and prices are often more appealing. Given the outlook for the next 12 months, you may do well to prepare yourself.