HomeNewsroomOil. Supply, demand and the influence of leveraged traders (drawing on -ve US crude price experience)

Oil. Supply, demand and the influence of leveraged traders (drawing on -ve US crude price experience) 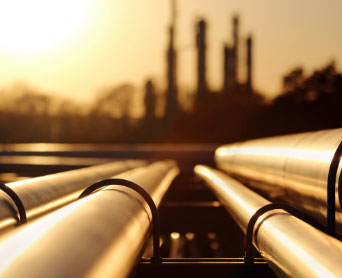 While renewable energy is on the rise, for now oil remains the lifeblood of the global economy. Driven by the push and pull of global demand oil prices can be volatile and influenced by geopolitical and technical factors.

Oil remains the most important energy source in the world and the lifeblood of the global economy. It is also the most widely traded commodity. It trades 24 hours a day, across the globe and its price is volatile. This makes it a popular choice for traders looking to capitalise on price movements.

The oil price itself is determined by the push and pull of supply and demand. On the supply side, OPEC (which includes Saudi Arabia, Kuwait and Nigeria) exerts some sway over the oil price and may act to restrict production to control the price. Supply of oil may also be influenced by geopolitical factors – military tension in the Middle East or economic problems in key oil-producing countries such as Venezuela, for example.

The price may also be influenced by global demand factors – a buoyant global economy will see greater demand for oil, while a recession will cause oil demand to fall. This has been highlighted recently as the oil price briefly turned negative in response to the Covid-19 outbreak. As the pandemic kept people at home, demand for oil dried up, which left excess supply on the market. That excess supply had to be stored and this pushed the price of US oil into negative territory.

In the longer term, the move to alternative energy sources may also put downward pressure on the oil price. Although renewables remain a relatively small part of the global energy mix, this is changing over time.

The oil price can also be influenced by technical factors in the futures market. The recent weakness was partly attributable to traders dumping May futures contracts that were on the cusp of expiry. They needed to offload the contracts or risk having to take delivery of the oil and pay storage costs. While these were extreme circumstances, it is not unusual for this type of factor to influence the price to some extent.

Fortunately for those looking to exploit the direction of oil prices, you don’t need to take delivery of a barrel of oil to trade. Most trading on the oil price is done via futures, contracts for difference (CFDs) or the shares of oil companies. Each gives a slightly different trading profile and will be influenced by different factors.

These are contracts where two parties agree to exchange a set amount of oil at a given price on a set date. The price of the future will depend on a range of factors, including the prevailing view of the oil price on the future date, plus market volatility. It won’t be the same as the spot price, which is what oil is worth today. Oil futures are exchange-traded, which means they are liquid and easy to trade.

Large institutional investors will often use oil futures to hedge their exposure. For example, airlines may hedge their oil exposure to make sure they aren’t subject to significant fluctuations in price. However, oil futures are also a cheap and easy way to speculate on the oil price without having to buy, sell or store the oil itself. Investors trading oil futures will need to decide which benchmark they use. The two most popular are Brent Crude and West Texas Intermediate (WTI).

CFDs are an option for speculating on changes in the spot price for oil. They are traded through brokers, which may give a more flexible range of options than for futures contracts, which are standardised. CFDs also allow investors to go long and short – in other words to benefit from both a rising and falling price.

In general, CFD trading has a lower entry point than for futures. A standard futures contract might be for 1000 barrels, whereas Fineco CFDs on oil is just 10 time smaller than the mini future on crude oil. CFDs also allow for the possibility of more outsized gains – when the trade goes in your favour - for a relatively low upfront cost. This is part of their appeal for many investors, though it does mean greater risk on the downside.

Rather than trading the commodity itself, you can get exposure to oil via the shares of oil companies and oil exchange traded funds (ETFs). While the price of an oil company will be influenced by the oil price, there are a number of other variables, including the health of the company itself, the strength of the management teams, plus its asset base. As such, they can bring in new opportunities for traders to exploit mispricing.

Interested in oil? Through the Fineco trading platform you can access all three options for trading in oil, and all for low fees and tight spreads.

CFDs are complex instruments and present a significant risk of losing money quickly due to financial leverage. 69.83% of retail investor accounts lose money due to CFD trading with FinecoBank. You should consider whether you understand how CFDs work and whether you can afford to take the high risk of losing your money. All trading involves risks, losses can exceed deposits.