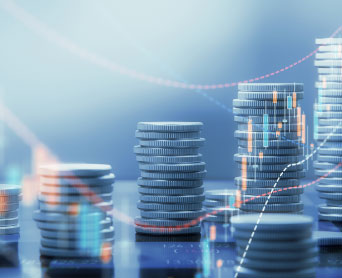 While currency markets can at times feel irrational, there are some useful indicators out there that can help you get a feel for the likely future direction of travel a currency might take. For example, inflation, retail sales, housing market.

Currency markets can often act like the toddler of financial markets: emotional, irrational, and prone to tantrums. However, there is some method behind the madness. There are a number of key elements that can influence currency markets over the long and short-term.

Every three years, the World Bank compiles an index of ‘purchasing power parity’. This compares the amount of currency needed to buy specific goods and services in individual countries and comes up with an indicative exchange rate. This can be a useful tool in identifying anomalies in the market exchange rate for different countries.

A simpler version is the Economist’s ‘Big Mac’ index. This compares the price of a McDonald’s Big Mac in countries round the world to give a rough-and-ready version of purchasing power parity. If a Big Mac is $3.50 in the US, and £2.50 in the UK, the implied exchange rate is $3.50/£2.50 = 1.4. If the prevailing exchange rate was 1.3, it would suggest that the Dollar was over-valued relative to the Pound.

Inflation affects interest rates, which in turn affects where international capital chooses to settle. Where there is a choice, capital will tend to hunt for the highest real (after inflation) interest rate. As such, all other things being equal, higher interest rates tend to create more demand for the currency and will see it strengthen.

Retail sales and housing are two clear indicators of a country’s economic strength. For many of the major world economies – notably the UK and US – consumer spending is a vast segment of their economy. Strong growth in retail sales suggest confidence; people have jobs and disposable income, a clear sign of an economy in clover.

The strength of the housing market contributes to this confidence. If people are seeing the value of their homes grow, they can remortgage easily, often at lower rates, which in turn drives spending and economic growth. This can have a supportive effect on the currency.

Domestic and global politics can influence the mood music around a currency, which can drive international money flows. The clearest recent example has been the impact of Brexit on Sterling. The currency slid around 10% versus the Dollar in the immediate aftermath of the Referendum result and has not recovered meaningfully in over three subsequent years of negotiations; in spite of continued growth in the UK economy.

The problem for Sterling is that no-one has wanted to buy UK assets while there has been uncertainty surrounding the outcome of the negotiations. This has put pressure on the currency, even though purchasing power parity indicators suggest it is undervalued. This is a typical financial market response to a country going through political upheaval. The exchange rate breaks away from economic fundamentals.

GDP measures the total economic output of a country, taking into account consumer and investment spending, international trade and government spending. If it is growing, the economy is considered to be strong, and the value of the currency is likely to rise, and vice versa.

This is a particular issue for the Dollar. Historically, the Dollar has been inversely related to the price of oil. This is because a barrel of oil is priced in US Dollars - when the US Dollar is strong, oil buyers need fewer dollars to buy oil and global demand falls. Equally, gold and the Dollar will tend to move in opposite directions. Gold will do well as investors lose faith in flat currencies.

These factors come together haphazardly to influence the price of currencies and individual factors will become more important at different times. However, investors can use these elements to help judge long-term currency pricing.

The Fineco platform gives you the option to trade worldwide in local currencies, hedge against exchange rate moves and trade opportunistically on currency fluctuations. All from a single account with competitive, convenient and transparent pricing.