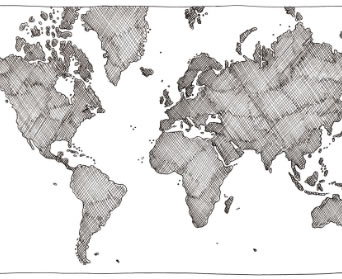 As the pandemic recovery gets underway we look at the world economic outlook for the rest of 2021 and 2022. Economists and academics are divided on the global economic outlook with the extent and impact of inflation a key factor.

Views on the global economic outlook suggest that the world economy is moving on from Covid, but recovery is far from assured. Here we look at the themes emerging.

The IMF forecast is generally positive …

The most recent International Monetary Fund (IMF) World Economic Outlook Update in April 2021 sounded an upbeat note: “…a way out of this health and economic crisis is increasingly visible. Thanks to the ingenuity of the scientific community, we have multiple vaccines that can reduce the severity and frequency of infections. In parallel, adaptation to pandemic life has enabled the global economy to do well despite subdued overall mobility, leading to a stronger-than-anticipated rebound, on average, across regions.

“Additional fiscal support in some economies, (especially the United States) — on top of an already unprecedented fiscal response last year and continued monetary accommodation — further uplift the economic outlook. We are now projecting a stronger recovery in 2021 and 2022 for the global economy compared to our previous forecast, with growth projected to be 6% in 2021 and 4.4% in 2022.”

…but there are considerable uncertainties

The IMF World Economic Outlook Update admits that considerable uncertainties cloud this upbeat assessment, with much depending on the race between the virus and the vaccine: “Greater progress with vaccinations can uplift the forecast, while new virus variants that evade vaccines can lead to a sharp downgrade.”

This is even evident in the strongest economies, as the Federal Reserve made clear in its most recent assessment of the US in April. Chair Jerome Powell said the recovery remained: “uneven and far from complete.” He pointed out that while employment rose 916,000 in March as the leisure and hospitality sector posted a notable gain, employment in this area is still more than three million below its level at the onset of the pandemic. “For the economy as a whole, payroll employment is 8.4 million below its pre-pandemic level.”

There is considerable divergence between nations

Writing in The Guardian, Nouriel Roubini, professor of economics at New York University’s Stern School of Business, says that in the US, a decline in new infections, high vaccination rates, increased consumer and business confidence, and the far-reaching effects of fiscal and monetary expansion should drive recovery. This brings different kinds of risk, notably of overheating. Inflation may be more persistent than the Federal Reserve expects and if frothy markets start to slide, it could spill over into consumer confidence.

In China and the economies closely linked to it, he believes the challenge is different: “The recovery owes much of its strength to the authorities’ success in containing the virus early, and to the effects of macro stimulus, all of which allowed for a rapid reopening and restoration of business confidence. But high levels of debt and leverage in some parts of the Chinese private and public sectors will pose risks as China tries to maintain stronger growth while reining in excessive credit.”

Europe continues to lag as a new wave of infections forced further lockdowns. Roubini believes recovery could pick up in the second half of the year as long as vaccination rates continue to rise and macro policy remains accommodative. “But phasing out furlough schemes and various credit guarantees too early could cause more permanent scarring.”

No-one is sure whether to worry about inflation

One aspect of the world economic outlook is causing significant divide: whether inflation will ebb in the latter part of this year, as the Federal Reserve believes, or whether inflation may be structurally higher than expected, forcing destabilising rises in interest rates further down the line.

Former Treasury Secretary Larry Summers falls into the latter camp, believing that the Federal Reserve’s current loose policy is storing up trouble. He told CNN: "Whatever was the case a few months ago, it should now be clear that overheating -- not excess slack -- is the dominant economic risk facing the US over the next year or two."

Nobel prize-winning economist Paul Krugman, writing in the New York Times, plays down the risk: “…spot shortages of a few goods and a robust market for labour aren’t reasons to panic. We should get worried only if we see one of two things: evidence that expectations of continuing inflation are getting embedded in price-setting decisions, and/or evidence that the economy is getting hugely overheated.

“So far there’s no evidence for the first potential problem — and the Biden administration is reportedly watching carefully for such evidence. As for overheating: Yes, it could be an issue. We’ve just passed a very large economic relief package, and households are sitting on huge savings. So an excessive boom is possible. But if that happens, the Fed can and, I believe, will tap on the brakes.”

Economists are concerned about the long-term structural imbalances created by a pandemic that has hit the poor hard and, in many cases, made the rich richer. Roubini believes there may be socio-political consequences, where rising inequality becomes a source of instability: “Much will depend on the scale, scope and inclusiveness of policies to support the income and spending of those left behind.”

He also believes that the strength of the corporate sector is crucial. “A recovery that is slow or insufficiently robust could result in permanent scarring if too many firms go bust and labour markets start exhibiting hysteresis (when long-term unemployment renders workers unemployable owing to an erosion of skills).”

The balance of economic thinking appears to be optimistic, but with plenty of caveats – rising inflation on the one hand, or a resurgence in the virus on the other. The recovery is finely balanced.

Whatever your view there are always opportunities for traders. Fineco’s Powerdesk is Europe’s most-used trading platform. With an extensive range of functionality, you can act on those opportunities and personalise your trading experience in the process.