HomeNewsroomWhat is EBITDA and what can it tell you about a company’s value?

What is EBITDA and what can it tell you about a company’s value? 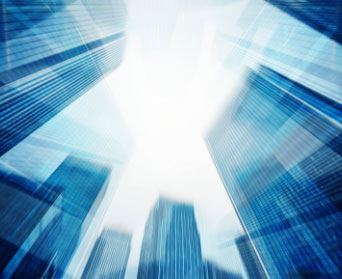 The question ‘What is EBITDA?’ is a common one. It’s one of several ways to measure the value of a company, along with P/E ratio, net profit and revenue. All have strengths and weaknesses and can be used in combination for a more complete view.

To assess whether the market is under or over-valuing an individual company, investors need to build an idea of the company’s true value. While no one single metric will give a rounded picture, the price to earnings (P/E) and EBITDA ratios are often the starting point. What are the advantages and limitations of these different metrics?

Price to earnings ratio is popular but can be misleading

The P/E ratio is a popular shorthand to value a company. It takes the share price and divides it by the earnings per share. A high valuation can suggest that the market expects earnings to grow and the share price to rise. Alternatively, looking at companies with a low P/E ratio may help guide investors to areas of the market that are cheap and ripe for a re-rating.

However, the ratio can also be misleading. High ratios may reflect over-optimism and corresponding overpricing of shares. Low ratios may be a bargain, or they may reflect a company that is in trouble and on route to bankruptcy. In isolation, it won’t tell you very much about the value of a company.

The P/E ratio doesn’t show the extent to which a company is growing. For example, Amazon’s P/E ratio of over 60x its earnings looks very high relative to, say, Coca-Cola at just over 30x. However, in its Q1 results, Amazon saw net sales growth of 44%, compared to just 5% for Coca-Cola. If anything, when growth rates are taken into account, Coca-Cola looks expensive rather than Amazon.

This highlights why the P/E ratio in isolation tells investors little about how quickly a company is growing and therefore whether it is objectively expensive. It is only useful when compared against a company’s own history and/or its peers that are growing at a similar rate. For example, between the end of March and December 2020, Apple’s P/E ratio almost doubled. This showed some of the high expectations inherent in the technology sector in the wake of the pandemic.

The P/E to growth (PEG) ratio goes some way to addressing this problem. This is achieved by dividing the P/E number by the forecast earnings per share growth rate for the next 12 months. In general, stocks that score higher than 1 are considered to be over-valued, while those that score less than 1 are better.

What does EBITDA stand for?

The purpose of EBITDA is to give a more rounded picture of a company’s health. Along with EBIT and EBT, it is designed to show a company’s core profitability without the distraction of elements such as interest or tax, where rates may not be fully in its control.

What is EBITDA in finance?

As we have seen, different ratios can give a different picture of a company’s value and the ratio an investor chooses can be important. For example, companies with fixed assets will have higher depreciation costs, so it may be worth using EBITDA for reference.
Technology companies, on the other hand, will have lower fixed assets and, as such, one of the other ratios may be just as useful. Also, EBITDA does not a measure a company’s cash flow, which is often a key determinant in whether it thrives.

While EBITDA is focused on the profitability of a business in its purest sense, net profit represents company earnings once all expenses have been deducted and calculates the earnings per share of a company.

Revenue is a key measure as everything financial flows from that point. Topping financial statements, it represents income from sales of goods or services before expenses are deducted. EBITDA on the other hand starts at the bottom of the financial statement, with net income, before adding back non-cash expenses.

EBITDA can be most useful in combination

As with the P/E ratio, EBITDA is most useful when used alongside other metrics. For example, the EBITDA to sales ratio shows the health of a company’s earnings after they’ve paid their operating expenses. A higher value suggests a company can hold onto more of its earnings.

EBITDA may also be used alongside the Enterprise Value of a company. Enterprise Value (EV) is calculated by looking at a company's market capitalisation, plus its debt, less its cash balances. It is a shorthand to judge the fair price of a company for a buyout or takeover. Lower EV/EBITDA values indicate a more compelling valuation for potential buyers, including traders.

The EBITDA ratio may also be used alongside the P/E ratio. This gives an indication of whether a company looks expensive relative to its current operating strength.

No single metric can tell you everything you need to know about a company’s valuation. Each needs to be looked at in its historical context, against a company’s peers and in combination with other metrics. Most importantly, investors need to know what each ratio doesn’t tell them as well as what it does.

The Fineco platform gives you access to a range of trading and investing tools, research to help you assess metrics like P/E and EBITDA and customer service support. It also has a five-star rated app, keeping you in control in real-time with fingerprint security.