How does short selling work? 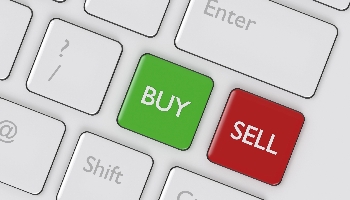 Short selling: how does it work?

Short selling is a particular technique used in the financial sector made famous by various hit films such as Adam Kay’s 2015 “The Big Short”. In fact the film, inspired by a true story about the 2008 subprime mortgage-related credit crash, shows a group of speculators investing in the market fall using a short selling operation.

Short selling is often used by traders and investors; however, it is a high-risk instrument that needs to be used knowingly, paying attention to the risk that this method involves. In fact, even though it undoubtedly provides important opportunities, short selling requires caution and thorough preliminary analysis.

Short selling: definition and what is it?

The definition of short selling is the sale of shares on the market by an investor who doesn’t own them, which are lent by banks and brokers and that are then bought back in the hope of paying a lower price than that of the initial sale.

The transaction is based on the assessment that the asset value will be lower after a certain period of time, a condition that will allow a profit to be made. In this way, it will be possible to buy back the shares at a lower cost than the initial price, thus obtaining a profit margin once the shares are given back to the lender.

Obviously, the opposite is also true; indeed, if buying the shares back were to be more expensive, then there would be a loss, making it a negative transaction for the investor.

Therefore, the meaning of short-selling is to sell shares one doesn’t own, as they are lent by somebody else on a securities return guarantee. This is because the share lender requires some collateral; furthermore, if the asset value were to increase a lot, they could ask for additional guaranteed amounts to keep the short selling transaction open.

To better understand how short selling works, let’s look at an example. Let’s imagine that we are asking the bank for a loan of 100 stock shares at an agreed price of £50 each, for a total value of £5,000. In exchange, the bank requires a deposit of half the value of the loaned shares as a guarantee and makes a deposit of £2,500.

At this point, we sell the shares on the market because we think their value will decrease in the following days, weeks or months and we immediately earn back the £5,000. Subsequently, the price of the shares we sold for £50 falls to £40 and we decide to repurchase them on the market, therefore paying a total of £4,000 to buy back all 100 shares.

In this way, we will have the 100 securities back to give to the legitimate owner, and we will also have made a profit of £1,000. If, on the contrary, the share value was to have increased, we would have suffered a loss, in so far as repurchasing the shares would have required a higher expense than the £5,000 earned from selling the securities.

The costs of short selling operations are generally fairly high since one must have the resources to deposit the collateral margin required by the shareholder. The lender needs this sum to protect themselves should the share price increase a lot, making it difficult for the investor to return the securities or their market value.

Furthermore, other costs are involved; in fact, if the price were to increase, the shareholder could ask for further payments as cover against the transaction. A less expensive type of short selling is trading CFDs. In fact, it is possible to opt to short on securities without directly buying shares but rather by speculating on price fluctuations using derivatives.

Short selling undoubtedly presents various opportunities; in fact, when a market is trending downward or a security loses value, it is possible to make a potentially high profit. However, short selling comes with various risks. In fact, whereas the potential profit can’t exceed 100% should the share value fall to zero, on the other hand the price of securities can increase without limits, causing huge losses.

Because of this, using a financial analysis is essential in order to carefully understand when to use short selling, carrying out thorough fundamental technical analyses before engaging in short selling. Furthermore, one must have protected liquidity in case of unexpected circumstances and impose security limits to immediately establish the maximum loss one is able to sustain before being forced to close the position.

Why do investors go short?

Short selling is used to speculate on downward trending financial assets, with the intent to try to maximise profits when a share, or the entire market, is losing value. In this way, it is possible to make a profit even in a bear market, protecting one’s portfolio from the value loss of long-term owned assets.

In fact, short selling can be used both as speculation and as protection for capital or other ongoing investments, covering asset price fluctuations with short-term short selling operations. In any case, handling risk effectively is essential, for example, by always setting up stop-losses when short-selling CFDs on an online trading platform.