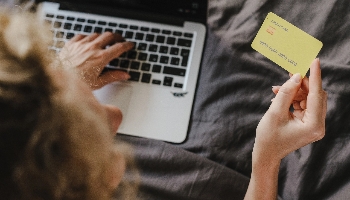 Whether you have high or low risk tolerance determines how much risk you’re willing to take for potential higher returns. Here we look at what shapes your risk tolerance, the role it can play in your portfolio and how to stay on track.

Everyone would prefer to get a 20% return on their investment, with no downside. Unfortunately, life – and investment markets – just don’t work that way. Investors need to take risk to achieve a return above cash.

Greg Davies, head of behavioural finance at Oxford Risk, defines risk tolerance as an investor’s ‘thoughtful, long-term willingness to trade off risk and reward”. In short, how much risk an investor is willing to take to achieve a higher reward. An individual might be able to tolerate a loss of 5% this year, for example, for the chance of a 20% reward over the next five years.

An investor with a higher risk tolerance will be willing to accept a greater risk of loss for a potentially greater reward. Once it is established where that balance lies, it is possible to build an appropriate mix of assets to suit that risk tolerance. This forms the bedrock of a long-term investment portfolio.

Investment risk tolerance will be shaped by a number of elements: how long they have to invest, their ambitions for their wealth and the market environment. Davies says that a person’s risk tolerance is what they would do if they were a completely calm, rational person looking after their long-term interests. In reality, he adds, one of the key problems in setting risk tolerance is that other elements get in the way – such as fear, greed and that morning’s headlines. However, it gives investors an important starting point for their portfolio allocation.

It used to be that it involved some heavy-handed stereotyping. It would automatically lower the risk tolerance for older people and women, for example, assuming that they were inherently risk averse. This took no account of wealth, risk appetite or financial goals and meant people could be given the wrong investment portfolio. However, today, the tools used to measure risk tolerance are increasingly sophisticated.

Equally, it has become clear that risk tolerance must blend with other financial behaviours. For example, Davies says that if a person has a high risk tolerance and high ‘composure’ about their investments, it can mean that they don’t pay enough attention to their portfolio. They may not rebalance often enough, leaving their portfolio with unwanted risks. This is very different to someone who is excessively risk averse, leaves too much in cash and therefore fails to meet their long-term goals.

Build your portfolio and do not be derailed.

Once you have established your risk tolerance and built a portfolio based on those parameters, it’s important not to be derailed

Davies says: “We often struggle to separate our short-term selves from long-term selves, so shorter-term anxieties always bleed into our decision-making. We get risk tolerance wrong because we can’t know our long-term risk tolerance, so it’s always influenced by how we feel today.”

He believes that one of the reasons people get risk tolerance wrong is that, emotionally, they struggle to focus on the long-term. That leads them to be too risk averse. The other mistake is to follow the herd, becoming over-excited about a meme stock or something friends have discussed at a dinner party. In this case, investors can take too much risk because of over-exuberance.

Investors may also have a poor understanding of risk. Instinctively, many people believe that risky assets are riskier than their long-term performance suggests. For example, while past performance is not necessarily a guide to future performance, an investment in the MSCI World Equity index looks incredibly risky in the short-term but hold it long enough and it has almost never lost investors money. Davies adds: “Time is your friend. People over-estimate how risky a diversified risky investment really is.”

Having built an idea of your risk tolerance, the next step is to put it into an asset allocation framework with an appropriate blend of equities, bonds or other assets. Historically, a lower risk portfolio might include more fixed income and cash while a higher risk portfolio would have more stock market exposure, including smaller companies, emerging markets and high growth but volatile sectors such as technology.

Today, that process is more complex. The fall in interest rates seen since the start of the financial crisis in 2008 has changed the risk profile of fixed income investments. Yields have fallen to negligible levels. This has significantly increased the risk in these previously ‘safe’ investments, particularly as the environment changes and interest rates rise. This illustrates how the blend of assets used to map investment risk tolerance can change over time depending on the market environment.

Usually, an investor’s own risk tolerance won’t change significantly over time. They may become more comfortable with investment as they gain experience, but inherently, the length of the time they have to invest and the trade off they are willing to make doesn’t change substantially through a lifetime.

Risk tolerance is vital in shaping an investment portfolio. It is fundamental in setting the parameters of an investment strategy and therefore in achieving financial goals. There is no reward without risk and you need to decide where to draw the line. The Fineco platform offers a broad range of investment options with access to different risk levels, asset types and markets.