HomeNewsroomSummer holidays are a memory, but how the markets did?

Summer holidays are a memory, but how the markets did? 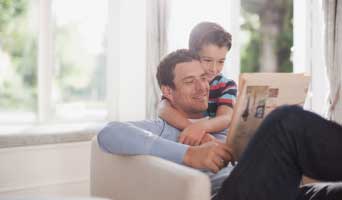 Stocks enjoyed one of their best Augusts ever, but volatility is back. The markets are weighed down by the continuous evolution of the COVID pandemic and uncertainty about countries' economic recoveries.

An encouraging summer for stock prices around the globe: during July and August markets erased all losses caused by the lockdown and returned to positive territory, setting new record highs. Tech's top five – Apple, Amazon, Microsoft, Alphabet and Facebook – continue to drive Wall Street. European stock exchanges saw their best August since 2009, while Asian markets benefited from the sharp recovery of the Chinese economy. But uncertainty is always lurking. Just look at the intense volatility in stock indices around the world in recent weeks. In fact, the markets have been prey to the evolution of the pandemic and the conflicting signals coming from the Trump administration with respect to the Chinese issue.

China's economy is flying high: profits from its companies grew +20% per month in July. Industry profits jumped 19.6%, the highest growth rate since June 2018. The Caixin index also beat expectations, with manufacturing in July growing for the fourth consecutive month.

The United States is trying to restart

The American economy seems to be recovering as well, driven by American consumers who once again confirm their role as the engine of growth in the American economy. Expenses rose 4.7% in the second quarter, more than expected. Company profits also increased by 4.8% in the same period, and manufacturing also beat expectations in July.

The resignation of Shinzō Abe

After nine years of service as Prime Minister of Japan Shinzō Abe surprised the world with the announcement of his resignation. His Liberal Democratic Party, which has ruled the nation since 1955, will have to find a replacement capable of continuing his policies. The Tokyo Stock Exchange did not react well to the news: the Nikkei 225 index lost 1.41% after a week of positive gains, consolidating its recovery.

The ECB and a “wait and see” approach

Turning to Europe, aside from the summit of the European Council, the crucial event for the markets was the European Central Bank meeting of 17 July. Not much was expected, but all the same investors received some extra reassurance. Frankfurt decided to continue with all the monetary policy instruments put in place to counter the economic impact of the pandemic. Temporary PEPP purchases for a total of 1,350 billion have been confirmed. Following the publication of the ECB communiqué the BTP-Bund spread started dropping.

The American Federal Reserve also decided to keep its monetary policies unchanged. In fact, the Fed confirmed interest rates in the range of 0 to 0.25% in July. During the August meeting it also announced a change in its inflation strategy. After long periods under 2%, monetary policy will aim for "inflation moderately above 2% for some time". After 30 years of interest rates being raised whenever it was necessary to avoid an increase in inflation, higher inflation growth will henceforth be accepted in order to aim for full employment.

The dollar continues to weaken. So much so that the exchange rate with the single currency returned to the levels of September 2018, thanks above all to the massive sell-off of the greenback. The Dollar Index lost two points in the last week of July. Why? All because of the expansionary policies and European macroeconomic data that are much better than those of the United States. New developments are now expected from the ECB, which must try to maintain the exchange rate favourable to the European economy.

Gold highly volatile and oil prices on the rise

In July gold approached new highs not seen since 2011, gaining over 23% since the beginning of the year.

The sharp increase in stimulus packages from central banks around the world, the uncertainty surrounding the relapse of the pandemic and renewed Sino-American tensions accelerated its growth, which stopped in mid-August when the precious metal suffered a collapse in prices. Silver, on the other hand, continues to rise, maintaining its positive trend after the March collapse. In any case, the prices of both remain very volatile.

Crude oil gained ground in August, with prices sustained by US stimulus expectations and a rebound in Asian demand after the rapprochement with Trump. October WTI oil futures remained stable north of $40 per barrel.

The contents of this article were prepared by AdviseOnly.com and are for information purposes only. They must in no way be understood as financial, economic, legal, tax or other advice and no investment decision or any other decision should be made solely on the basis of the contents herein. Moreover, they do not in any way constitute an offer from AdviseOnly.com to the public to buy or sell securities and more generally financial instruments and/or investment solicitation activities within the meaning of Italian Legislative Decree no. 58 of 24/02/1998.

At the same time, Fineco assumes no responsibility for the correctness, completeness and truthfulness of the information provided. This message in no way represents investment research, investment advice or an offering of financial instruments to the public.

Any resulting transactions are to be considered as having been made by the client in full autonomy and at his/her own risk.

The information contained herein is protected by intellectual property rights and therefore any full or partial duplication or alteration or incorrect use of the contents published and reproduced herein is prohibited.