HomeNewsroomInvestment Trust: what is it and how does it work

Investment Trust: what is it and how does it work 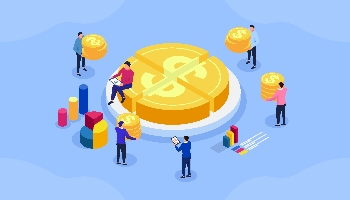 What is an Investment Trust and How Does it Work?

An investment trust is a corporate structure primarily used in the United Kingdom and Japan to pool money for investment. It is set up as a public limited company that has an initial public offering in which publically-traded shares of the company are issued. The capital raised in this offering is then used by trust managers to invest in a wide range of companies or other assets. The main function of an investment trust is to allow shareholders to diversify their holdings and invest in a wide range of assets in a way that would be difficult for most to do on their own.

How does an investment trust work?

A key characteristic of investment trusts is that they are closed-ended. This means shareholders cannot hold the value of their holdings from the trust itself, as is the case with open-ended funds. Rather, shares in the trust are bought and sold on exchanges (the secondary market), just like shares in any other company. Fund managers also cannot issue additional new shares in the company.

What is the difference between a fund and an investment trust?

Open-ended mutual funds and investment trusts are both actively managed pooled investments. But a key difference between the two is that shares in investment funds trades on exchanges like stocks or shares of any other company, at the value set by the market, whereas shares in an open-ended fund are bought and sold from the fund itself at set intervals and at the price fixed by the fund itself based on the value of the underlying assets. This means the value of investment trust shares can be different from the value of the assets the trust actually has under management (called the net asset value, or NAV). This share price is obviously influenced by the NAV, but it can also be pushed upward or downward by share supply and investor demand. This means the shares can trade at a premium or discount. If its price is greater than the NAV, the share is said to be trading at a premium. If the opposite is true, it is trading at a discount.

Another major difference between open-ended funds and investment trusts is that the later can borrow money to invest in order to enhance their performance. In investing, this practice is known as gearing or leverage. Investment trusts are also subject to certain special rules, such as that they cannot hold more than 15% of their investments in a single company.

There is a body of research that holds that closed-ended funds like investment trusts have historically outperformed their open-ended counterparts. Some argue that this is because the investment funds’ limited and constant number of shares allow fund managers to buy and sell when it is really best to do so, rather than making transactions when new investors enter or exit the fund, which may not be the most opportune time in terms of market movements. Investment trusts can also, in some cases, offer lower costs due to reduced administrative overhead since they don’t have to handle money coming into and out of the fund like open-end funds do. An investment trust has an independent board of directors, which can lend impartiality because they have a legal interest to protect the interests of all shareholders. Also, if you are a shareholder in an investment trust, you can have a hand in picking the directors.

However, since investment trusts can use gearing, those that do tend to be more volatile than funds without gearing, since this leverage can magnify both gains and losses. Also, since shares in investment trusts trade like shares in any other company on the market, they will be subject to stockbroker’s fees. If you are considering to invest in an investment trust, learn more about the structure, find out if it uses leverage and, if so, how much, and weigh the pros and cons for your specific situation.