HomeNewsroomCommodities: what they are and how to trade them

Commodities: what they are and how to trade them 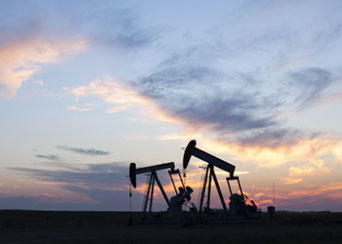 Commodities are in the spotlight as some play a key role in infrastructure and renewable energy development. But what are commodities? Here we look at some of the top commodity types, how you might trade them and some points to keep in mind.

From the European Green Deal to US President Joe Biden’s $2.25 trillion infrastructure plan, governments are ‘building back better’. For investors who want to be on the right side of this trade, commodities are an option.

Getting back to basics: what are commodities?

At its simplest, a commodity is any raw material or agricultural product that can be bought or sold. The top commodities, in terms of being the most traded around the world, include oil, natural gas, gold, coffee and cocoa.

Economic growth is built on commodities: steel is used in construction projects, for manufacturing white goods, and building cars, trains or ships; copper is used in electrical equipment, electric cars and industrial machinery; while zinc is used for paints, rubber, cosmetics, pharmaceuticals or medical devices. When those devices are built, many of them run on oil. The more money people have, the more they want to travel, or buy equipment or build homes.

The best example of this phenomenon in action was the China-led commodities boom in the 2000s. In the years after China joined the World Trade Organisation in 2001, industrial output grew rapidly, at a pace of more than 20% per year. This created a commodities ‘super-cycle’, with China accounting for more than 40% of global demand for metals such as iron ore and copper.

Are we entering a new commodities super-cycle?

Investors have begun to talk about a second super-cycle in commodities, fuelled by economic recovery after the pandemic and the need to create new energy infrastructure to support decarbonisation. Copper, for example, is a highly efficient conductor of electricity and heat. As such, it is widely used in renewable energy systems to generate power from solar, hydro, thermal and wind energy across the world. It can also be fully recycled.

The batteries in electric cars use lithium. Demand for nickel and aluminium are also increasing as the world moves away from carbon. This has prompted significant rises in the prices for all these assets. Commodities have also done well as inflation – both real and expected – has risen. Historically, commodities have provided good protection against inflation.

Industrial metals are only one part of the commodities complex

There are also agricultural commodities, gold and precious metals, plus oil and gas. Each of these areas has its own dynamics. The gold price, for example, is influenced by its role as a replacement currency. As such, it will be influenced by the level of real interest rates, inflation expectations and the level of the Dollar as well as structural demand for jewellery or central bank buying.

Agricultural commodities will be influenced by short-term factors, such as climate conditions, which can affect harvests across the world. However, there will also be long-term factors at work – such as changing patterns of meat consumption or demand for biofuels.

When it comes to oil, over the long-term, the world has to move away from fossil fuels but this is likely to be a 30-year journey. In the meantime, oil is still likely to be affected by global economic demand – as has been shown by the rise in price since the start of this year. The strength of the Dollar will also have an influence.

There are two main types of commodity ETFs

Exchange traded commodities (ETCs) can track an individual commodity or a basket of commodities, with performance based either on the spot price of the commodity or tied to futures contracts. They are slightly different from normal ETFs in that they are structured as debt instruments with the commodities they track owned as collateral. ETCs trade on an exchange and investors pay a management fee.

Commodity ETFs will hold physical commodities, futures contracts or will aim to track the performance of a commodities index, such as the MSCI Global Gold Miners Index. Physical commodities will generally give a more accurate replication of price. In the case of the MSCI Global Gold Miners Index for example, mining shares will have a relationship to the commodity price, but there will be other factors at work, such as the cost of labour, the quality of the management team and the jurisdiction in which they’re based.

Commodity futures allow for the use of leveraged trading

Investing in one that does this can be another way to gain exposure. The fund manager will aim to move the portfolio around to suit the different market environments – more defensive areas such as precious metals at times of market distress and more economically-sensitive areas such as industrial metals or energy at times of economic expansion.

Commodities trading and investing isn’t for everyone. Prices can be volatile and unpredictable. Leveraged trading can magnify losses as well as potential gains and it’s important to both understand and then hedge these risks.

If you are interested in commodities, the Fineco trading platform offers access to a range of options to get involved, including leveraged trading, with automatic orders such as stop loss and take profits to help you manage your risks.