HomeNewsroomWhat are emerging markets & how to find opportunities.

What are emerging markets & how to find opportunities. 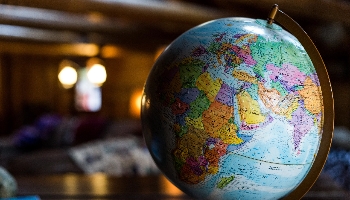 What are emerging markets, opportunities and risks, current prospects and how to access them. Discover more on Fineco Newsroom.

Emerging markets can bring opportunities and diversity to a portfolio. They also carry a range of risks so need to be properly understood. Local and global factors such population growth and the pandemic can all help to shape emerging economies. Large populations, faster economic growth and lack of penetration often give companies in emerging economies a tailwind of growth not available in developed markets. However, they come with additional risks and investors need to tread carefully.

Emerging markets are those countries moving from a low income, possibly pre-industrial economy, towards a modern industrial economy with higher wealth per capita. They are often lumped together but cover a broad spectrum of diverse countries and economies; the rate of growth, and how that growth is generated, varies considerably.

Investors have used a variety of acronyms to group individual countries. In the 2000s, ‘BRIC’ became shorthand for the emerging generation of giant economies - Brazil, Russia, India and China.

The term ‘MINT’ was coined in 2011 (Mexico, Indonesia, Nigeria, Turkey) to highlight a selection of fast-growing emerging market countries, ripe for investment. The ‘Fragile Five’ (originally Brazil, India, Indonesia, South Africa and Turkey) was formed of countries with high Dollar-denominated debt that looked vulnerable in the wake of the 2007/8 Global Financial Crisis (GFC).

On the one hand, there is Alibaba or TenCent in China, sophisticated internet and social media companies, often with dual listing in the US. Their prices have mapped their US equivalents in recent years. On the other, old-world mining and brewing businesses still dominate the stock markets of countries such as Brazil and South Africa. These tend to be far more cyclical – rising with global investor confidence and economic growth.

… and inevitably come with different risks

Risks may be political – the Chinese government, for example, is prone to meddling in the corporate sector, while Latin American countries retain a reputation for political instability – or it may simply be that these countries do not have access to the same resources as developed economies.

The marginal buyer for emerging market equities is often global investors. This means emerging markets tend to be a ‘risk on’ trade that does well when the world is feeling good and international investors are hunting round for higher growth opportunities.

There is also a looser relationship with the Dollar and with commodity prices. Emerging markets tend to do well when the Dollar is weaker. Those with higher Dollar-denominated debt find it easier to service. The Dollar also tends to weaken when global risk appetite is higher. Many emerging market countries have significant commodity reserves, including Brazil, Russia and Mexico. Higher commodity prices tend to improve the economic outlook for these countries.

In the longer-term, emerging economies’ stock markets should be driven by their higher growth rates. In normal circumstances, emerging markets would be expected to grow faster because they are starting from a lower base. Many emerging markets have large populations, which gives companies a valuable consumer base. In Asia-Pacific, for example, the middle-class population is expected to increase from 1.38 billion people in 2015 to 3.49 billion people by 2030.

The pandemic has hit emerging markets hard. Many have not had the financial resilience to deal effectively with the crisis, nor the access to vaccines that would allow their economies to reopen. As a result, with a few exceptions such as China, emerging economies are struggling to grow. This comes after an already-difficult period for many emerging markets, following falling commodity prices in the wake of the GFC.

However, emerging markets have several elements in their favour: the Dollar has weakened as the US government takes on record levels of debt. Commodities are resurgent, with many of those needed to power the green transition – including lithium and copper – found largely in emerging markets. Equally, the global economy is recovering, which may improve risk appetite more generally. At the same time, emerging markets are cheap relative to their developed market equivalents.

There are myriad investment options

Emerging markets ETFs are one option. The main emerging market index is the MSCI Emerging Markets, which is increasingly skewed to Asia and its large technology stocks, including Taiwan Semiconductor and Alibaba. China now makes up around one-third of the index. Investors can also access ETFs on individual countries or regions such as China or Latin America. Investors can also access emerging market bonds. Corporate and government debt markets have expanded in emerging markets. These bonds generally pay a higher income than their developed market equivalents. For example, in August a 10-year Brazilian government bond had a yield of over 10%, compared to just 0.6% for the equivalent UK gilt at that time.

Emerging markets opportunities can be both vast and diverse. They are a chance for investors to access the next generation of global leaders. However, they require patience and investors must be prepared for some volatility.

The Fineco platform offers access to a broad range of ETFs, indices and bonds across global markets and currencies, in a single account with simple, transparent pricing.