HomeNewsroomBond investing and the market cycle

Bond investing and the market cycle 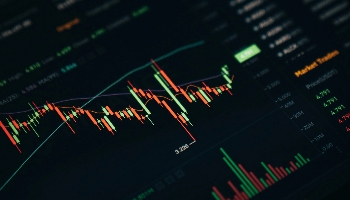 There’s a lot more to bonds and bond investing than you might think. Here we take a closer look at how bonds work, different types and their role in a balanced, diverse portfolio that can help you negotiate the ups and downs of the market cycle.

Bonds may be seen as a safe option relative to shares but the reality is more nuanced. Bond markets are rich and diverse, with plenty to offer investors in a range of market environments.

What are bonds and how do they work?

Companies and governments borrow money to invest or fund spending commitments. Rather than going to a bank, they will issue bonds in financial markets to raise cash. Those corporate or government bonds are bought by institutional investors, such as pension funds, plus fund managers and even individuals.

When an investor buys a bond they receive an annual coupon (expressed as a percentage of the bond amount) and their money back at the end. The level of the coupon depends on the riskiness of the issuer, which is in effect borrowing the money. If, for example, a company has a lot of debt, and their business prospects are fragile, investors would demand a higher coupon. Alternatively, if the issuer is, say, the US government, there is relatively little chance of it not repaying and the coupon will be lower.

Equally, each bond is issued with a specific term – which may be as short as a few months or as long as 30 years. The term of a bond is the length of time until it matures and the investor gets their money back. The length of a bond affects the extent to which it is sensitive to changes in interest rates. Longer-term bonds tend to be more sensitive, while shorter-term bonds are less sensitive. A bond’s sensitivity to interest rates is known as its ‘duration’.

Many investors will simply buy a bond and hold it to term. However, bonds can also be traded in the secondary market. Buyers and sellers will calculate a price based on the prevailing view on interest rates, the amount of time left to maturity, the coupon and the issuer. There are more variables in the secondary market, including investor sentiment, and this can increase the risk of losses.

Most bond fund managers invest in the secondary market, using their analytical skill and judgement to seek opportunities. However, it does mean they will bear the brunt of changes in market sentiment.

Bond yields are also important. These are not the same as the coupon, but instead reflect the value of a bond’s total accumulated cash flows versus the current market price. Yields move inversely to price. If a bond yield is falling, the price will be rising – this is good for investors. If a bond yield is rising, the price is falling and investors will be seeing capital losses. Bond yields have risen significantly in 2022 to reflect rising interest rates, leading to significant losses for investors. United Kingdom Government Bond 10 Year yields more than doubled between the end of 2021 and early August 2022.

The role played by bonds can vary with the market cycle

For the most part, the income on bonds is fixed. This means they appear less favourable in an environment of rising inflation and rising interest rates as the value of the fixed income they provide falls. Given that rising inflation and interest rates are usually (though not always) seen as a function of a stronger economy, the general view is that bonds tend to do worse at times of economic expansion.

They will do far better at times of economic weakness, when deflation is a possibility and a fixed income that preserves its value through thick and thin is more appealing. Bonds also benefit from falling interest rates, particularly those bonds with high duration. Falling interest rates push yields lower and raise prices. This is the reason bonds did so well in the period following the global financial crisis when interest rates dropped to new lows. It is also the reason they have struggled since the start of this year.

That said, there is a bond for all occasions. Higher yielding bonds, issued by riskier companies or governments, will be less sensitive to the interest rate and inflation environment and more influenced by the performance of the issuer. They are often a better choice for a period of economic expansion when companies are less like to go bust.

However, bonds can play other important roles in a portfolio. They can be a source of stable income, particularly now yields have started to rise. They also provide diversification to equity market investment. In general equity markets do well in a climate of economic expansion. As such, holding both bonds and equities can help equip a portfolio for all market conditions. The key may be to hold both through the cycle, rather than trying to anticipate changes in the cycle.

Inflation linking can offer some comfort to bond investors

Whether you are considering investment in bonds, equities or a mix of the two, Fineco is an award-winning platform offering access to investments from funds to individual bonds and equities on 26 markets around the world.