HomeNewsroomInflation forecast and interest rate predictions for the UK

Inflation forecast and interest rate predictions for the UK 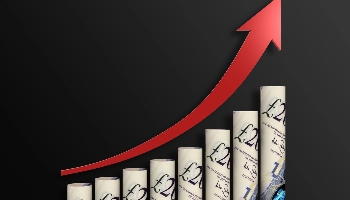 The latest inflation forecast and interest rate predictions affect market sentiment. Inflation has yet to peak in the UK, driven by rising energy and food prices, upward pressure on wages and a weakening pound. What might it all mean for investors?

For those looking for an inflation forecast, latest figures suggest that the peak of inflation remains elusive in the UK with July’s headline CPI figure hitting double digits. This was marginally ahead of what markets expected. Lingering hopes that inflation may be hitting a peak were dashed as ‘core’ inflation, which includes volatile energy and food prices, also outpaced expectations.

What should investors conclude from this latest round of official data? And what might it mean for interest rate predictions?

The 10.1% July reading for CPI was led by energy and, in particular, soaring food prices. July’s annual core inflation – which excludes volatile energy, food, alcohol and tobacco - showed prices rising at 6.2%, versus 5.8% in June. Policymakers are still struggling to get a grip on rising prices.

The data suggests that the peak of inflation – and therefore a pause in interest rate rises – is some way off. Inflation forecasts vary. The Bank of England sees consumer price inflation topping out above 13% in October but some economists are now predicting it may rise as high as 18% in early 2023.

For the moment, there appears little sign that the upward inflation trend is easing or that higher interest rates are having an effect. The prevailing interest rate forecast remains upward.

The drivers of inflation are largely unchanged. Wholesale gas and electricity prices remain stubbornly high and have gradually risen since May. The risk is that Ofgem’s Energy Price Cap rise from October could drive further inflation with many households expected to experience extreme rises in their energy bills.

Some commodities are falling, but energy continues to dominate

In the broader commodities market, there has been some moderation in price rises in recent weeks. Steel and iron prices are down more than 20% in US$ terms over the past 12 months on concerns about global growth and slowing demand as consumers switch to spending more money on services than goods. Copper has also fallen.

However, energy and food prices are supported by the supply squeeze and geopolitical issues related to the Russian invasion of the Ukraine. Considering that energy is by far the most important commodity globally, overall commodity prices (including base metals, food, energy) are still rising. The general expectation is that energy prices will hold up in the short-term. Food prices have yet to show signs of peaking: UK food and non-alcoholic beverages CPI inflation is rising at its fastest annual rate for more than 13 years.

Inflation is also being influenced by the level of the pound. The UK currency has depreciated by over 10% against the US$ this year, raising the costs of many goods and services imported into the UK economy. It has yet to show signs of stabilising against the Dollar, which is being supported by investor risk aversion and a relatively higher US Federal Reserve interest rate (set at a range of 2.25-2.5% in July and expected to rise further in August). This will continue to push inflation higher.

The final pressure on inflation is wages. The UK unemployment rate is near a 47-year low, and this is creating upward momentum on wages. Companies report increasing difficulty in recruiting and the need to pay higher salaries. Excluding volatile bonus payments, average weekly earnings accelerated to 4.7% from a year ago in June from 4.3% in May. The public sector is also being forced to push up wages amid threats of industrial action.

What does this mean for investors?

While the base rate still has some way to rise from its current level of 1.75%, financial markets are beginning to anticipate lower rates in future.

For investors, a fall in interest rate predictions means there could be room for global equities to rally. They have been held back by the prospect of ever-tightening monetary policy, but if there is an end in sight, it could shift investor sentiment. The MSCI UK currently trades on an unambitious price-to-earnings ratio of 13.1x earnings, and has a dividend yield around twice the rate of a 10-year Gilt. While the turning point is unlikely to announce itself, it could be we are closer to the end than the beginning of this inflationary period.