Why is Tesla stock dropping? 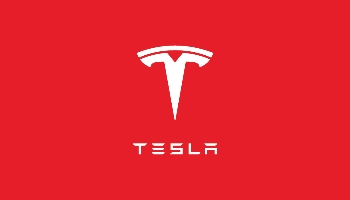 What are the reasons related to Tesla stock dropping? Get updates on Tesla news on Fineco's Newsroom.

Why are Tesla stocks dropping?

At the moment, many investors are asking themselves “Why did Tesla’s stock drop in 2022?”. The decline in Tesla’s share price was a surprise for the market, although some analysts had warned about the possible overestimation of quotes for Elon Musk’s company.

There are various reasons for Tesla’s 2022 collapse, but they are mainly tied to external factors to the automotive company. These aspects must be analysed carefully, to understand if it’s worth investing in Tesla shares today and leaving them in our portfolios, despite the downward trend.

Why is Tesla stock down?

After a record two years for Tesla stock, with a rise of almost 700% in 2020 and over 20% in 2021, the Californian company’s shares have lost more than 25% at the start of 2022. All of this came about despite Tesla’s excellent operating results in 2021’s Q4 that managed to exceed analysts’ expectations.

In 2021, Tesla delivered 936,000 electric cars, with an 87% increase compared to 2020. This exceeded Tesla’s 50% business plan forecast. These performances are all the more important when you compare them to the automobile sector, where most auto companies recorded a decline in sales last year.

So then, why is Tesla stock dropping? The main reason is linked to supply-chain problems, after the company announced that production in 2022 will be affected by the supply crisis. Because of this, Tesla won’t launch new models in 2022 but will focus on increasing car sales in their current range.

According to Goldman Sachs analyst, Mark Delaney, Tesla’s target price for 2022 could be between $1,125 and $1,600. The investment bank maintains its buy rating for 2022, despite the price drop of Tesla stock during the beginning of this year, a view that is shared by many analysts and investors.

The elements of uncertainty are mainly tied to the automotive industry crisis, with many suppliers having difficulty delivering due to expensive energy costs and the increase in the price of raw materials. The scarcity of certain materials that are essential to the automotive industry is also an influencing factor, an issue that will slow the production of vehicles until at least 2023.

Will Tesla stock go up?

At the moment, the cost of Tesla shares is the lowest it’s been for the past three months. However, the company is a growing business and could overcome the supply-chain crisis without too many problems.

In fact, Tesla has announced that it’s aiming for a 50% growth in car deliveries in 2022, as well as strengthening its average yearly growth target predicted in its business plan.

The American company wants to maximise production rates in its Shanghai and Fremont factories, and also plans on rapidly increasing the construction of new factories in Berlin and Austin, Texas. New models will only be released in 2023, with efforts focused on increasing the number of cars delivered in 2022.

Tesla shares remain an asset to be carefully monitored; indeed, the company offers advanced technologies, some of the most developed manufacturing sites in the sector and a very strong lead in the electric vehicle market. At the same time, many automakers are increasing their own range of electric models; therefore, in the coming years, Tesla’s competition is set to rise.

While Tesla is an interesting stock, it’s important to invest cautiously, starting with technical analysis and a fundamental analysis to carefully weigh up the price trends and the company’s results. The increase in volatility could lead to new speculation with trading CFDs; nevertheless, Tesla is a stock that shouldn’t be underestimated for long-term investments.