HomeNewsroomPost-virus relaunch: how the European situation is evolving

Post-virus relaunch: how the European situation is evolving 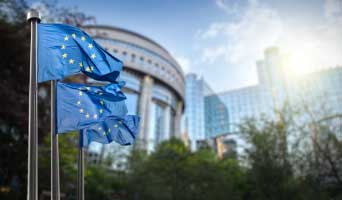 A note of confidence about the future linked to the fiscal and monetary measures put in place or planned to relaunch activity on a solid foundation in the new post-pandemic world.

Having managed the first phases of the pandemic and the health emergency without much coordination between the states of the Union, the Old Continent then decided on a more unified approach to both monetary policy and fiscal measures, abandoning the historical constraints of budgetary austerity and taking the not-yet-fully-travelled road of a common, shared effort.

We are talking about the Recovery Fund, more recently defined by the President of the European Commission Ursula von der Leyen who launched it as "Next Generation EU". It's a package comparable in size to the measures taken in the United States, with total resources of €750 billion, of which €500 billion in the form of grants. The package has yet to receive the approval of all the governments of the Union's member states, and the financial resources will probably not be "physically" available before the end of 2020/beginning of 2021, but it has the resolute and firm support of the EU's two main "shareholders", France and Germany, which first launched the Merkel-Macron project that was then taken over by Brussels. On Monday, 22 June the finance ministers of the two countries, Bruno Le Maire and Olaf Scholz, launched an appeal to the other EU states to approve the Next Generation EU quickly and without hesitation.

On the road charted by Draghi

The €750 billion tax package is a sort of "second stage" of the monetary bazooka deployed by the European Central Bank on 18 March 2020, in the midst of the pandemic, which goes by the name of PEPP, Pandemic Emergency Purchasing Programme. The PEPP is a quantitative and qualitative acceleration of the old Quantitative Easing adopted in years past by then-ECB President Mario Draghi to successfully counter the European sovereign debt crisis that erupted at the beginning of the decade. In fact, the PEPP started at an initial amount of €750 billion, then was almost doubled to €1,350 billion by the President of the ECB Christine Lagarde on 4 June 2020, also extending its duration to at least June 2021.

But the difference between the PEPP and the old QE is primarily qualitative. In fact, for the new programme the ECB temporarily waived the capital key mechanism, i.e. the selection of debt securities to be purchased based on their ratings, instead directing purchases to a greater extent towards sovereign bonds of those countries that are in particular difficulty, such as Italy, Spain and France, giving them greater freedom of movement in their fiscal spending, dampening any widening of the interest rate spread with respect to stronger countries like Germany. With the new Next Generation EU, the EU budget will also be oriented towards the redistribution of financial resources within the region. The time gap of the months before final approval remains, but for the countries most in need the window of the ESM – the European Stability Mechanism – remains open, which could also be combined with the Outright Monetary Transactions introduced by the ECB in 2012. The OMTs were designed precisely with the aim of stabilising the debt costs of the most exposed countries.

The short- and medium-term effects

As can be seen from the chart below, the PEPP had the immediate effect of lowering the cost of debt for Corporate Europe, although not yet to pre-crisis levels, both for the Investment Grade segment, i.e. of superior quality, and for the High Yield segment, i.e. with a lower rating from specialised agencies. The low cost of debt is good news not only for corporate bonds but also for securities listed on the stock exchange, as they improve the quality of financial statements and make any corporate restructuring and investments needed to restart after the crisis more sustainable.

In essence, both the ECB and the EU Commission are moving in the same direction with the same objective: to ease the pressure on the most indebted countries faced with the burdens of the pandemic and to commit financially to restarting their economies on solid, sustainable foundations. All the fiscal and monetary support measures put in place by the Community institutions ensure that Italy's financial needs in the coming years can be largely met by European resources, issuing less debt on the market. The same will apply to the other EU countries most affected by the virus, which, like Italy, will benefit from net transfers, to the detriment of the states with the strongest national budgets, Germany above all.

An extensive plan that, thanks to the use of different levers such as monetary policies, loans, grants and fiscal stimuli, will also be able to have a direct impact on families and businesses.

The contents of this article were prepared by AdviseOnly.com and are for information purposes only. They must in no way be understood as financial, economic, legal, tax or other advice and no investment decision or any other decision should be made solely on the basis of the contents herein. Moreover, they do not in any way constitute an offer from AdviseOnly.com to the public to buy or sell securities and more generally financial instruments and/or investment solicitation activities within the meaning of Italian Legislative Decree no. 58 of 24/02/1998.

At the same time, Fineco assumes no responsibility for the correctness, completeness and truthfulness of the information provided. This message in no way represents investment research, investment advice or an offering of financial instruments to the public.

Any resulting transactions are to be considered as having been made by the client in full autonomy and at his/her own risk.

The information contained herein is protected by intellectual property rights and therefore any full or partial duplication or alteration or incorrect use of the contents published and reproduced herein is prohibited.