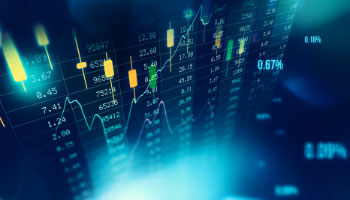 Market volatility has been lower in recent months as developed economies started to recover from the pandemic. However, greater volatility is predicted as central banks look to tighten monetary policy and the Covid economic recovery gaps widen.

Central banks are starting to tighten up monetary policy

The third quarter was dominated by the will-they won’t-they from central banks. The pressing question was whether inflation would prove stronger than expected, thereby galvanising central banks into action. Markets have seldom exited a period of easing without some volatility, and many feared a ‘taper tantrum’ could be just around the corner.

As it was, while some central banks (Canada and Korea) felt confident enough to start to reverse their easy monetary policy, everyone’s eyes were turned to the US Federal Reserve. It continued to insist that inflation was transitory, in spite of inflation readings of 4.2% and 5% in April and May respectively. Nevertheless, at its annual Economic Policy Symposium at the end of August, Federal Reserve Chair Jay Powell gave his strongest indication yet that the central bank would start to withdraw quantitative easing before the end of 2021, albeit slowly and keeping a close eye on the data.

The S&P 500 climbed 7.6% between the start of June and the end of August. Stock market volatility has dropped consistently. The VIX index hit a high of 27.6 in May, stayed below 20 for most of the next three months and ended August at 16.5.

Bond yields continued to drop, in spite of a recovering economy. The US 10-year Treasury yield dropped from 1.61% at the start of June to 1.31% by the end of August. This is largely a result of central bank buying. The Federal Reserve has more than doubled its holdings of US treasuries over the past two years to more than $8 trillion. Current bank purchases are running at around $120 billion per month.

Stock markets were also supported by strong earnings from many companies

In the US 87% of S&P 500 companies beat the markets’ earnings expectations during Q2 2021, as investors continued to under-estimate the strength of the corporate recovery. The blended average growth rate was the highest since 2009.

This was a pattern replicated across many major markets. In Europe, earnings have been similarly strong. Société Générale analysis suggests that Stoxx Europe 600 corporate earnings per share for 2021 are expected to be 11% above 2019 levels. Second-quarter earnings per share came in at 28% above expectations, even higher than in the US.

With case numbers largely under control and vulnerable population vaccinated, developed economies have been able to reopen. Some have kept limited restrictions in place, such as mask-wearing and social distancing.

However, there is a polarisation between the experience of developed economies and emerging economies In its most recent economic update, the IMF revised down its forecasts for developing economies, particularly Emerging Asia. Areas that had previously escaped the worst effects of the virus are now seeing cases rise but have not yet built significant protection from vaccines. Many emerging markets don’t have the health infrastructure and have been forced into lockdowns. This is hurting emerging market economies, widening the fault lines in the global economy.

The tragic, messy exit of Allied forces from Afghanistan had few immediate repercussions on markets. However, it may not be insignificant. It is a sign of a fractured global order and may signal the diminished power of the US on the global stage. It has damaged President Joe Biden’s standing in the polls and his stumbling appearances have dented his credibility. This may influence who he chooses to succeed Jay Powell at the Fed. That said, this has had no discernible impact on the Dollar to date.

It may mark new geopolitical fault-lines. China has been friendly with the Taliban and may seek to build ties with the regime. Russia will also be watching events unfold with interest. The departure has left the US looking weak and its rivals may seek to capitalise on that.

Greater market volatility is likely in the final quarter

The last few months of 2021 look set to be a tricky period for policymakers across the world. With the immediate Covid crisis over, they now need to deal with a tough normalisation process. There will be hard decisions ahead, likely to bring greater market volatility.

The Fineco platform lets you access the tools and resources to research and action market volatility trading opportunities, including Powerdesk – our exclusive trading platform.