HomeNewsroomHow to trade breakouts: a summary

How to trade breakouts: a summary 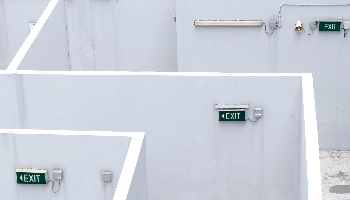 Day traders and swing traders have many strategies for predicting how security prices will move in the future so they can take positions and profit from those shifts. One of the most popular and long-standing approaches they use is breakout trading.

What is breakout trading?

The essential aim of breakout trading is to spot trends as soon as they develop and open a position to profit from as much of the price movement as possible. It is a quick and aggressive trading style based on technical analysis, which focuses on security price movement patterns rather than fundamental factors influencing long-term shifts in markets and values.

A breakout trader tries to spot a breakout, which is when the price of a security rises above or drops below a range in which it has been oscillating. This range is usually bound by support and resistance levels, though some traders use other levels based on the Fibonacci sequence or other indicators. A support level is a low that a security price has reached multiple times but hasn’t dropped below, while a resistance level is a high that the price has brushed more than once but never exceeded.

Another important element traders use to identify a breakout is volume. If the price breaks through a support or resistance level and gains volume at the same time, this means the price direction is gaining momentum, confirming the trend.

How to trade breakouts

For successful breakout trading, it is important to have a strategy or breakout trading system to guide decisions. Traders using this strategy should also set pre-established limits for losses to avoid making emotionally charged choices.

When a breakout occurs, a trader should take a long or short position in the security, depending on whether the breakout is downward or upward. Many breakout traders place trades as pending orders that are automatically triggered once the conditions for a breakout are met.

You can spot breakout trades by following breakout trading indicators (specific patterns on technical analysis charts), like channel breakouts, bull and bear flags, and ascending and descending wedges. Traders should pay attention to the duration of support and resistance levels in the lead-up to a breakout pattern. The longer those levels have been in place, the larger the change will likely be when they are finally surmounted.

The best breakout strategy tells traders when to exit a trade and keep the profits (or limit losses). Many experienced traders set a price target based on the amplitude of recent price swings or the range between support and resistance before the breakout. In other words, if there was a three-dollar range between the support and resistance levels prior to the breakout, a reasonable price target would be three dollars above or below the former resistance or support levels (depending on whether the breakout is bullish or bearish).

The former support and resistance levels can also be used as a guide for when to exit trades at a loss. If the price retraces to within the price range prior to the breakout, in most cases it is best to exit the trade to prevent further losses.

If used well, breakout trading can make traders money. However, there is no trading strategy that will completely guarantee a profit, and breakout trading is no exception. Pitfalls that often result in losses for range breakout traders include: