HomeNewsroomFibonacci trading strategy: does it work?

Fibonacci trading strategy: does it work? 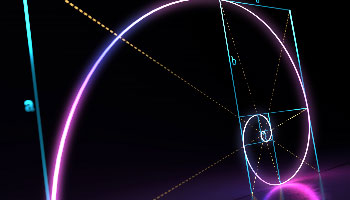 Understanding Fibonacci numbers and their values in order to use this method in trading.

Does Fibonacci work in trading?

The ratios achieved by this method of calculation are 61.8%, 38.2%, and 23.6%. To these can be added 50%, 78.6% and 100% to this sequence as can they represent approximate price levels at certain points in cycles of the price behaviour of an asset. Ratios like 50% and 100% are somewhat arbitrary additions since they are not derived from Fibonacci numbers, but can be useful as price benchmarks from which to theorize price movements based on the Fibonacci ratios.

One of these ratios, 1.618 (161.8%) is called the golden ratio since it appears as a mathematical constant that also recurs in nature, such as in the shapes of natural objects. Much of the basis for using Fibonacci ratios in markets and trading is due to the golden ratio being found so universally.

By establishing these ratios, price movements, as well as changes in price direction, can be inferred from recent price behaviour of assets. Traders will take a price point or trading range for an asset and use these ratios to make inferences about the asset’s future price activity.

Perhaps the most common inferential tool used using these ratios is Fibonacci Retracement. If the price of an asset is moving without a clear range, traders may want to estimate areas of support and resistance before they reveal themselves, so trading fluctuations in a new range can be taken advantage of.

Traders can project the limits of a potential new range based on historic highs and lows from recent price activity, using the percentages as potential points to see where support and resistance boundaries may crop up.

This is very similar to Fibonacci arcs, which also estimate a range, but the difference is that Fibonacci retracement calculates the range by identifying a high and a low point and then looks for price regression from those points in line with the ratios, whereas Fibonacci arcs theorize a range based on a single price point at any point in time.

If the price regresses from a high or low in line with one of the smaller ratios, it may return to that point as support or resistance is established there.

The most important thing when using these methods is to apply the ratios based on the original stock price prior to the relevant price activity. If the ratios are applied using the price point of a high or low, the points of regression or arcs will probably not be accurate.

Once an asset’s price has regressed in line with one of the smaller ratios, and perhaps even repeated the same price movement, Fibonacci extensions can be estimated in line with the larger ratios from the point of regression.

Like any trend analysis or pattern analysis method for estimating price movements, Fibonacci ratios should only be used situationally, and not as a default tool of prediction. Furthermore, they should not be used to predict the prices of assets that behave erratically or rarely trade within a range. Nor should they be “forced” on an asset chart to explain recent price activity. If they cannot be found naturally from a given, fairly stable asset’s price movements, they should be (temporarily) disregarded.

The principal difficulty of using Fibonacci ratio methods is their relativity to an arbitrary price point. Since the choice of a starting price point is subjective, traders will differ, often greatly, in their pick of starting price points. This will greatly impact the effectiveness of the methods in price prediction.

Therefore, traders might seek to limit this subjectivity as much as possible by applying these methods to assets with low volatility that suddenly experience greater volatility. The low volatility price range average can then serve as the starting price point for using the ratios.

This does not mean that these methods will necessarily be effective as predictive instruments. Confirmation bias is a real concern for misuse of Fibonacci methods, especially when trying to make sense of confusing price data. Thus, like other technical analysis tools and indicators, Fibonacci methods should be used to add evidentiary weight to other pattern-identifying strategies, but never as standalone predictors on which to base trading decisions.