HomeNewsroomHow does the Federal Reserve affect the economy

How does the Federal Reserve affect the economy 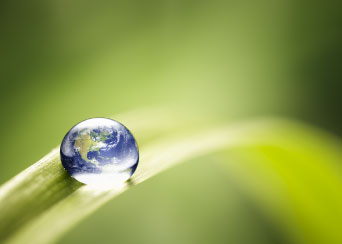 As the central bank for the world’s largest economy, the US Federal Reserve is an influential force, not just on US stock markets but around the world. It may now be focusing on the impact of the coronavirus pandemic.

An abrupt reversal by the US Federal Reserve on interest rates set the tone for financial markets in 2019. As it cut interest rates, reversing its ‘normalisation’ strategy, it buoyed risk appetite and bond and equity markets posted a strong year of gains.

Responding to a potential downturn

The Fed’s actions came in response to a clear downturn in economic data. Manufacturing was struggling from the impact of the trade war with China, while ‘soft’ data – such as consumer and business sentiment – appeared to be weakening. The impetus to raise rates faded and the Federal Reserve changed its strategy.

By the start of 2020 the situation was a little different. If anything, economic data was improving, not least because of an apparent short-term resolution in the trade war. While Donald Trump and Xi Jinping were some way from settling their differences, Trump recognised that he had an election to win and compromises needed to be made.

Against this backdrop, the threat of recession appeared to have diminished. Many forecasts suggested the US economy could grow at a rate of over 2% again in 2020. This would have been a slowdown on the growth in recent years, but still faster than many developed market peers and in line with its long-term averages. Most importantly, the twin behemoths of the US economy – services and the consumer – appeared to be in good shape. Unemployment sat at 3.5% at the turn of the year, a 50-year low, with strong wage growth providing vital fuel for economic growth.

No-one suggested that this spate of good news was likely to prompt a rate rise. The Federal Reserve made it clear in its December 2019 meeting notes that it believed unemployment could remain low and wages could continue to rise without moving inflation higher. Certainly, inflation had remained benign: across 2019 the cost of living increased by 2.3%, but this had slowed towards the end of the year and certainly wasn’t high enough to change the Fed’s trajectory at that time.

What the Fed did next

In December 2019 the Federal Reserve’s Monetary Policy Committee was unanimous in its decision to hold rates steady and keep holding them from there. Their new economic projections showed 13 of 17 Fed policymakers foresaw no change in interest rates until at least 2021.

This made for a supportive, but not encouraging, backdrop for risk assets going in to 2020. A position that would probably have been neutral for risk assets had the Coronavirus crash not struck. This forced the Fed to cut interest rates again to near zero in March in an attempt to prop up the US economy in the face of the escalating crisis.

What it meant for investors

Getting back to 2019, the US 10-year treasury yield dipped over the year, falling from around 2.7% at the start, to around 1.6% as 2020 dawned. Investor also began dumping other ‘safe haven’ assets, including gold, in response to the Federal Reserve putting rate cuts on hold.

The Fed’s change in monetary policy direction over the course of 2019 wasn’t accompanied, as might be expected, by weakness in the Dollar. The US currency remained stable against the Euro and the Yen for much of the year. It continued to be a higher yielding option than other major currencies.

It also meant that investors were likely to find it difficult to generate yield. This has been a persistent theme in markets since the Global Financial Crisis but briefly looked like it might change as the Federal Reserve started to raise rates. However, with rates now down at record lows on the back of the Coronavirus crash, it will once again support demand for higher yielding assets from across equity and bond markets.

‘Fighting the Fed’ has long proved a fool’s errand. Investors will be watching economic data carefully for anything that might prompt a future change of heart from the US central bank. In the meantime, however, with economies around the globe in the grip of the impact of coronavirus lockdown measures, the Federal Reserve may not be the swing factor in markets in the year ahead.

Many forecasts suggested the US economy could grow at a rate of over 2% again in 2020: cnbc.com/us-economy-the-big-recession-scare-is-over, ft.com/; the US 10-year treasury yield dipped over the year: cnbc.com/quotes; unemployment could remain low and wages could continue to rise without moving inflation higher: ft.com/; across 2019 the cost of living increased by 2.3%: marketwatch.com/story; 13 of 17 Fed policymakers foresaw no change in interest rates until at least 2021: reuters.com/us-usa-fed; the Federal Reserve putting rate cuts on hold: ft.com/.