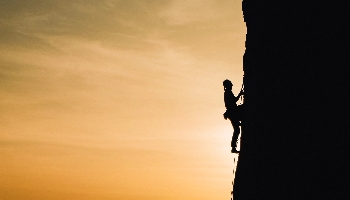 In this market volatility update we look back at Q3 and Q4 2021 and can see evidence of slower economic growth and rising inflation. Individual market and sector performance is varied, leading to diverse and dynamic trading opportunities.The world economy saw an astonishing restart in the first half of 2021. However, in the third and fourth quarters, the picture became more complicated raising the prospect of greater market volatility. Momentum on economic recovery began to slow while inflation started to rise, to the extent that there were whispers about potential stagflation. Certainly the world has faced some challenging bottlenecks as economic activity has started to resume. And then came the latest Covid-19 variant, Omicron, at the end of the year.

Economic data has been robust, but the outlook is more subdued

Economic data across much of the world continued to be relatively robust, though growth moderated from the start of the year. The IMF has marginally reduced its forecasts for overall GDP growth. It said: “The downward revision for 2021 reflects a downgrade for advanced economies—in part due to supply disruptions—and for low-income developing countries, largely due to worsening pandemic dynamics.”

US GDP was running at 6.7% for the second quarter, but this fell sharply to  2% for the third quarter, the lowest level of growth since the end of the 2020 recession. It was a similar picture in the UK and Europe, with growth slowing, but economies still showing expansion. China has been a notable weak spot with growth slowing to 4.9% in the third quarter, down from 18.3% in the first quarter. This was partly responsible for the weakness in certain commodities prices, such as iron ore.

Forward-looking data also showed continued strength across most major economies. For example, US PMI (Purchasing Managers’ Index) data for December showed increased demand in the service sector, with the fastest new business growth for five months, albeit with the challenges of labour and input shortages and higher distribution costs. While manufacturing sector conditions improved in December, output remained subdued with material shortages and supply chain delays continuing to hamper production.

December was the worst month for the UK economy since February 2021 as the Omicron variant triggered some restrictions and renewed uncertainty for businesses.

In the US, inflation, which had been around 5% since May, accelerated to 6.2% in October and 6.8% in November. Inflation in Europe and the UK has also picked up. Economists have started to suggest that inflation may be ‘sticky’ as supply bottlenecks and rising energy prices create significant inflationary pressures. Central bankers have pushed back their expectations for inflation to fall until well into 2022, while the US Federal Reserve Chairman Jerome Powell and Treasury Secretary Janet Yellen have both stated that the current US inflation trend is no longer transitory.

Bond markets have revised their expectations for interest rate rises, largely because of higher inflation. Developed market government bond yields have already started to rise. US 10-year government bonds moved from 1.2% in early August to around 1.6% in early January 2022.

As it stands, the Federal Reserve has announced that it will reduce its purchase of government bonds (known as ‘tapering’) at twice the rate outlined previously.

Previous tapering efforts have proved disruptive for stock markets. The last time the Federal Reserve did it was in 2013. Yields rose rapidly and stock market volatility spiked, with selloffs across the major markets. This time, however, the tapering has been well flagged by the central bank.

Certain segments remain particularly vulnerable to tapering. Emerging market economies, for example, have tended to struggle at times of rising US government bond yields and a strengthening Dollar. Equally, there will be sectors that thrive, such as, potentially, financials. As it stands, it appears that tapering could be achieved with minimal disruption, but if inflationary pressures continue to mount, it may prompt more drastic action on the part of central banks and create significant market volatility.

Asian markets in particular were weak in the second half of 2021, pushed lower by weakness in the Chinese markets. The country’s largest internet stocks saw their share prices drop significantly following various new government regulations designed to clip their wings. The MSCI China index dropped 6.13% in the three months to 31 December 2021 and 22.79% over the year.

Elsewhere in emerging markets, Russia was down amid fears of a possible war with Ukraine, while Brazil was weaker on lower metals prices. Among developed markets, there was a strong performance from parts of Europe – Switzerland, France and Denmark.

Stock markets moved on from their flip-flopping between growth and value. Performance across sectors was more nuanced. Energy performed well on the back of higher gas prices, while financials rose in anticipation of rising interest rates. Consumer sectors were generally weak, along with industrials and materials.

Often, performance tracked earnings. The blended earnings growth rate for the S&P 500 was 32.7% for the third quarter. These higher earnings also gave companies the confidence to resume dividend payments, which are back to pre-pandemic levels in many cases.

Markets have been enjoying a sweet spot, with fiscal and monetary policy still supportive. However, this is starting to change which could prompt a new market mood as investors confront a different environment with different trading opportunities. With the Fineco platform you can trade across 26 global markets, all through one multi-currency account.