The Dow Jones – tracking the fortunes of American industry 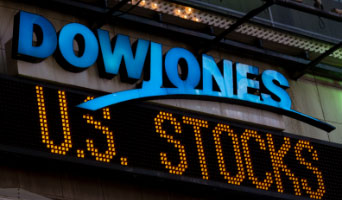 The Dow Jones takes a selective approach to track US industry. As it covers a narrower range than some indices, the movement of each stock in the Dow Jones can have more impact, increasing volatility.

The Dow Jones Industrial Average Index is the ultimate reflection of corporate America. From Disney to Boeing, Chevron to Goldman Sachs, it covers thirty of the bluest of blue chips. It was started with 12 stocks in 1896 by Charles Dow, who wanted to track the fortunes of American industry.

This selective approach continues to this day. While most indices weight by size of company, the components of the Dow are selected by committee. They select based on a qualitative assessment of how important they are to US industry. This distinction is important as it naturally excludes parts of the technology sector and other new economy stocks. That is not to say the Dow is static. As the make-up of the US economy has changed, so have the components. Citigroup left after the financial crisis, for example.

Today, in common with most US indices, the Dow has a chunky weighting in technology (26.9% as at 31/07/2020) but these are more established names such as Apple, Microsoft and Intel, rather than their (relatively) newbie FANG peers Amazon, Netflix or Alphabet. Healthcare (Merck, Johnson and Johnson), consumer discretionary (Procter & Gamble, McDonalds) and financials (JP Morgan Chase, American Express) also form significant parts of the index. The Dow specifically excludes utilities and transportation.

This mix makes a difference to its performance versus the S&P 500. More recently, the Dow has lagged, dropping 6.14% for the year to date, compared to a rise of 2.38% for the S&P 500 (to 31 July 2020). Its lower weighting to the fast-growing technology that performed well during the crisis has made a difference.

With just 30 stocks rather than 500, each individual stock movement has a larger impact. This can drive volatility in the Dow, which can be useful for traders. As the Covid-19 pandemic took hold, the index took a major hit as a result of the weakness of Boeing’s share price. According to Reuters, Boeing had an 8% weighting in the Dow in the run up to this period, compared to just 0.7% in the S&P 500. This made sense under the rules of the index – Boeing had been a vast and important company for many years - but it dented index performance as the airline industry struggled.

As it stands, Apple is the highest weighted stock in the Dow, with United Health, Home Depot, Microsoft, Goldman Sachs and McDonalds all more than 5% of the index. Significant movements in these stocks may have a far greater bearing on the performance of the Dow than it would the S&P. Traders should expect there to be volatility amid key earnings announcements for these stocks.

All stocks are influenced by monetary policy to some extent. In general, the Dow will rise higher when interest rates are low and monetary policy expansionary. However, the real winners from loose monetary policy are those businesses with high earnings and fast revenue growth. These earnings become more valuable as interest rates fall. In general, the well-established blue chips of the Dow are not growing revenues at breakneck speed. As such, Dow constituents may benefit less from monetary loosening than other indices.

That said, another key difference between the S&P and the Dow is the dividend yield. It sits at almost 3% for the Dow, compared to just 1.7% for the S&P. The ten components with the largest dividend yields are commonly referred to as the Dogs of the Dow. The market may value dividend stocks more highly at various points in the market cycle and this may influence pricing. There may also be more volatility around dividend announcements.

In theory, the Dow’s portfolio of blue chips should be less volatile than the S&P, but the relative concentration of holdings and performance of some individual names means that both indices have exhibited similar volatility in recent years. With this in mind, the Dow provides ample opportunity for traders looking for punchy price movements.

One way to trade on stock volatility is CFD index trading. The Fineco platform gives you access to global markets for CFD trading through a single, multi-currency account and clear, competitive pricing.