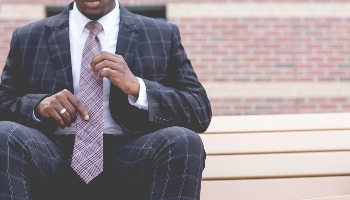 Risk composure plays a key role in investor types and behaviours. Even investors with higher composure can react to short-term market events. And if composure is too low that can also lead to poor outcomes. Awareness and balance are essential.

There are some brave souls who remain untroubled by the highs and lows of markets, serenely looking to the horizon and reassuring themselves that all will be well in the end. However, this isn’t the case for the majority of investors, who respond to market volatility with a mix of panic and terror. This, in behavioural finance and investor type terms, is the difference between a high risk composure person and a low risk composure person.

Establishing an individual’s long-term investment goals and setting an asset allocation to meet those goals is relatively straightfoward. Once the right balance of long-term risk and return has been found, investors just need to point themselves in a certain direction, review from time to time and hold the line.

However, composure – or lack of it – can disrupt this journey. Composure comes down to an investor’s emotional engagement with their investment in the short-term. Greg Davies, head of behavioural finance at Oxford Risk, says: “There is a distinction between a person’s long-term cool, calm and collected self, which they should be trying to invest for, and their short-term self, which keeps getting in the way.”

Low composure pushes people to exit from their investments at times of market turmoil, thereby missing key days in markets. It may encourage them to invest in ‘meme’ stocks, punted by online gurus that turn out to be all hype and no substance. It may encourage them to trade too often, incurring expenses that detract from their long-term returns. Unless managed properly, low composure investing behaviours can do enduring damage to your wealth.

That said, high composure isn’t always the gift it appears. Those who are too relaxed about their investments may not pay enough attention. This means they don’t notice when an investment is going wrong and fail to make changes quickly enough. It may mean they don’t rebalance their portfolios often enough, leaving them with excessive risks.

It is worth noting that composure is distinct from impulsivity. Although low composure and impulsivity are often related, it is possible to be high composure and still impulsive. Davies says that this is a trait seen in a lot of day traders, who will be trading quickly and impulsively, but will feel quite calm while they are doing it.

Psychometric testing and the composure score

Oxford Risk uses psychometric testing to give investors a composure score of low, medium or high.

Davies recommends investors make notes about their frame of mind when making investment decisions, why they bought it and their expectations for the investment at the time and then look at it again months later. That way, they can build insight into their decision-making, including whether their approach is low or high composure.

Once an investor understands their level of composure and investor type, they can work with it. Davies says: “While the ideal situation is to strip out composure, stepping outside our short-term selves, we can’t keep ignoring it – the reality is that we are people, we do read the newspaper and we are tempted to deviate from the path set. We need to understand it to help manage any anxiety along the way.”

Low composure people may need to set parameters around when they can and cannot trade. Investment platforms can help, allowing them to put in, for example, stop losses, or automatic trades, or to invest regularly. All of this can help take the emotion out of investment decision-making. In contrast, high composure people can put reminders in place to ensure that they review their portfolio regularly, switch on automatic rebalancing options and generally keep their portfolio tidy.

Is it possible to change composure levels over time? Davies believes that it is possible to become more or less composed, but not significantly. Experience, for example, might change an individual’s level of composure. However, he adds: “The degree to which you can change composure willingly is up for debate. It is probably more effective to accept your level of composure and build mechanisms to help you cope with it.”

Fineco is an award winning platform with a range of tools, including stop-loss and automatic trades and the ability to make regular investments, to help you invest and trade in the right way for your financial personality.