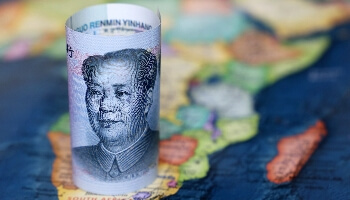 Which is the role of Chinese investments in Africa? And why stakeholders have ignored China's economic expansion in the African continent for a long?

Chinese investment in Africa: the role of China in African countries

China began taking a serious interest in investing in Africa over twenty years ago, when much of the rest of the world, including the United States, only saw a continent wracked by war, disease, genocide and economic instability. China knew that in order to invest in Africa and have prime access to Africa’s wealth of natural resources “at the source”, as well as to create markets for Chinese exports, they would have to take an unorthodox approach given Africa’s unique situation.

China’s model of investment in Africa

China’s model of investment differed from the predominant model of African investing at that time, which was for a Western corporation to sign a contract with an African government for ownership of their natural resources in exchange for royalties and taxes paid on those resources, with that government then having to fund the building of infrastructure on their own.

Instead of this, China offered sizable loans to governments for them to build infrastructure in exchange for access to their natural resources. Chinese companies have also taken on affordable infrastructure projects in Africa, undercutting bids by Western companies on a consistent basis. They are able to undercut bids in this way largely because many of them are backed by the Chinese government, and also have access to capital with lower interest rates, thus reducing the need for higher profit margins.

As of 2019, 30% of Chinese FDI (foreign direct investment) in China is related to infrastructure development and manufacturing, while 25% goes toward natural resource extraction. However, it should be noted that China is still not the largest investor in Africa by FDI, coming in fourth behind the United States with the highest amount, followed closely by the UK and France. Yet China’s annual FDI flows to Africa have outpaced all other countries since 2013 and have remained relatively steady, while US FDI has been declining.

Popular characterizations of China’s involvement in Africa often focus on its use of “debt-trap diplomacy”, also known as debt-for-equity swaps. They portray China as a predatory lender that deliberately loans to entities that cannot repay in order to acquire land, natural resources, etc. There is a measure of truth to this, as Chinese loans to African countries have been known to have extremely stringent conditions and require collateral assets in escrow that could be seized in the event of the restructuring of the debt.

But Chinese loans should also be put in the context of China’s belt-and-road (BRI) initiative of 2013, which marked a change in Chinese policy to begin investing in over 70 countries worldwide as a way to spread Chinese political and economic influence.

China is very concerned with protecting its loans, to be sure, but it does not seem that predatory asset acquisitions are its primary concern, especially since a record of unfavourable borrower loan defaults would likely damage the reputation of Chinese loans and possibly Chinese presence in Africa. This would open the door to more lending competitors that could displace China’s involvement.

There is some evidence thus far that such damage to China’s reputation has occurred. Since the summer of 2020, Kenya and Ghana have both cancelled large infrastructure deals with Chinese companies, and other proposed deals between African countries and China are under threat, despite record valuations in the inking of new deals as recently as 2019.

The difficulty for analysts is to determine whether such events represent a trend beginning of countries doing an about face with their Chinese partnerships, or whether the events are of a cyclical nature, like the popular anti-China sentiment in Zambia 10 years ago which has given way to far more pro-China sentiment from Zambian authorities in the past 6 years.

Why China is investing in Africa?

What reasons can be given for China’s intense and protracted investment interests in Africa? China has surely recognized that Africa is in the early stages of much of its development, and the potential for dramatic returns over the next several decades are enticing.

But neither this nor China’s political ambitions can adequately account for China’s reasons for investing in the context of their wider practices. For instance, China has also invested in educational exchange programs for Africans to come and study in China, to the extent that China is now the top destination for Africans to study abroad besides France.

China’s ageing population and diminishing cheap labour market have caused it to seek alternatives to meet its ongoing and future labour demands, and a partnership with Africa could help serve this need.

Additionally, China’s middle class has been ballooning and it has become the world’s largest importer of agricultural products. Chinese investment in Africa, which contains 60% of the world’s arable land, can also be seen as a way to obtain more suppliers, with stakes in these suppliers. Chinese markets in agricultural and consumer products are being primarily fueled by increasing demand and investing in African production can help meet it.

It has become clear that China’s investments in Africa have not only been a product of the attractiveness of African investments, nor have they been simply a function of China’s imperialism, but China has sought global partners to help meet the challenges that China itself will face as a country in the longer term.

So far, China has shown itself to be a shrewd investor, lender and business partner that appears to be realizing its goals with its African partnerships. Whether this will continue or not will be determined by the quality of China’s relationships with individual African countries and the behaviour of entities in competition with China’s goals.